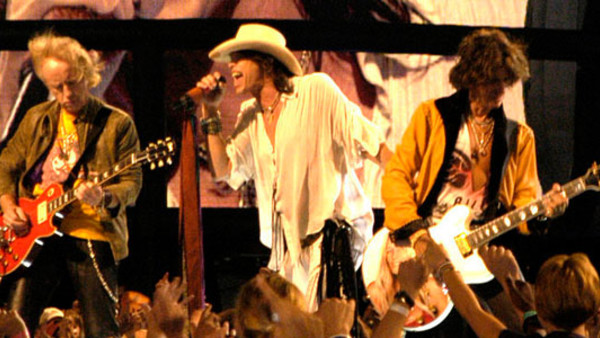 A band is like being in a wedding. Throughout a musical career, these members must depend on each other, get along, and stay true to their loved ones until death do you part. While many groups have repeatedly called divorce attorneys, there’s something to be said for the groups that have stayed the course.

When it comes to hard rock bands, you almost expect a band to have some hiccups in their internal relationships. As great as bands are, there’s always that band member who drinks too much, betrays the rest of the band, or just can’t handle the pressures of the lifestyle. On the other hand, there are more than a few bands who have carried on with their original lineup no matter what obstacles were in front of them.

Were there any bumps in the road? Sure, but what band doesn’t have that. Even in the most difficult times, these groups found a way to come together until they couldn’t do it physically anymore. It’s easy to just drag the stick through the mud, but each of these acts has members who are in it for the long haul.

In the mid-1960s, the UK rock scene was teeming with some of the best blues musicians of the day. While the sound usually came from the muddy shores of the southern United States, these guys from England were studying the gospel of Robert Johnson and Howlin Wolf and putting their own spin on it. The blues might have been a good starting point, but Cream took the blues sound and doused it in acid.

For as much noise as the band makes on record, it only took three people to create their fury. Eric Clapton is normally considered the muscle behind the band thanks to his fiery lead work, but the tunes wouldn’t be half as heavy without Ginger Baker delivering one of hard rock’s fiercest back beats. Right in the center was Jack Bruce, whose broad musical palette and soulful vocal delivery gave the band just enough accessibility to make their tunes irresistible on the radio.

It seemed like a trio would give everyone an equal footing, but tension between the band members led them to call it quits in the late 60s, with Clapton moving on to a successful solo career. Although Clapton has popped up a handful of Cream classics in his live catalog, what these three have created as a unit is impossible to replicate.