10 underrated rock bands from the 90s 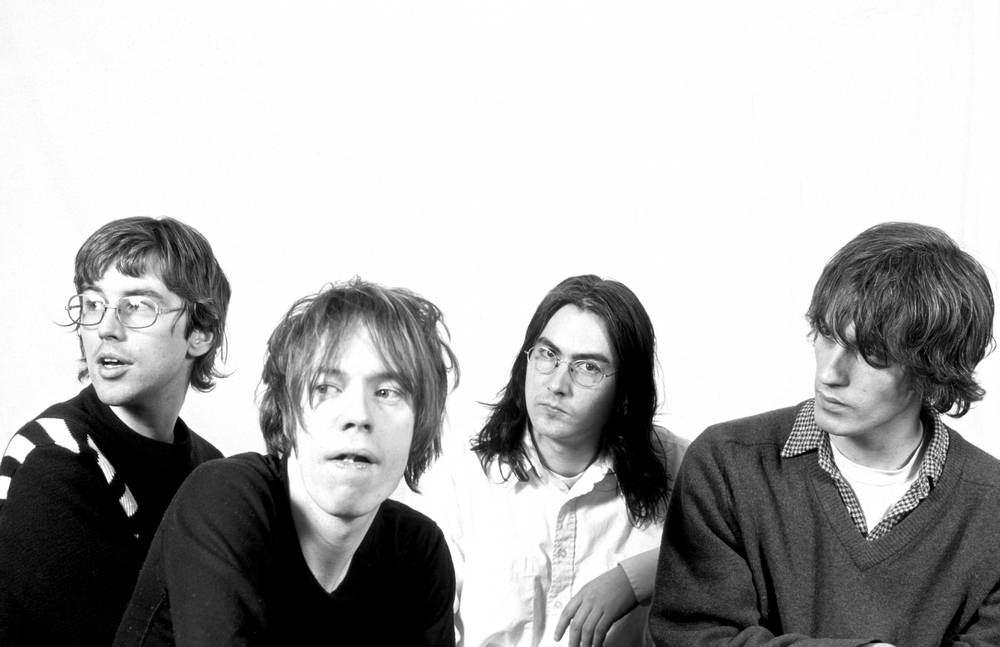 10 underrated rock bands from the 90s

The ’80s started a trend for independent rock groups to find their place, with REM and Sonic Youth both becoming quite successful after initially gaining critical acclaim. But the model of independent rock bands becoming truly recognized didn’t solidify until the early 1990s, with the grunge movement and other eccentric bands like Pavement. No matter how many independent bands have become successful, there will always be exceptions to the rule – bands that are almost, if not as good, that have been left behind. Here is a list of rock bands from the ’90s that never quite enjoyed the success they could have deserved, even though many were incredibly influential.

Kyuss of Palm Desert was one of the few bands to help make “desert rock” or “stoner rock” their own genre. Although mostly made up of glorified, instrument-focused jam sessions, Kyuss’s first two albums are punchy, grimy, and dark. Wretched (1991) and Blue for the red sun (1992) are aggressive but complex, sometimes masquerading as a much heavier, metal-inspired math rock. Their last two records, Welcome to Sky Valley (1994) and … and the circus leaves town (1995) are both more complete records, recalling the future of member Josh Homme with Queens of the Stone Age. But in either case, their instrumental expertise is exceptional, especially for anyone who enjoys heavier, more grungy music.

Sloan is an incredibly rare example of a band that has stayed together, in their entirety, for thirty years now. The band of Chris Murphy, Patrick Pentland, Jay Ferguson and Andrew Scott have been making music in the same band of the same name since 1991, and the level of consistency they still demonstrate today is surprising to say the least. Perhaps even more surprising is the fact that they all write and sing songs for the band. The band offers mostly a soft, indie rock sound (apart from their shoegazey debut, smeared (1992)) associated with both transparent and positive writing. They love to make fun jokes and sometimes break the fourth wall – “Underwhelmed” never fails to make me smile. But despite two or three decent-sized successes in Canada, they are never discussed. Their first five albums in the 90s are definitely their best, but even twelve albums later they create some fun music that is more than respectable.

Most people probably recognize the name Plumtree, either from the t-shirt Scott Pilgrim wears in the movie, or from the fact that their song – “Scott Pilgrim” – literally inspired Bryan Lee O’Malley to write the graphic novel. Either way, their value trumps this fun pop culture fact. In a genre filled with young men (at least at the time), Plumtree is a breath of fresh air, bringing a variety of female perspectives to the table. Mass Teen Fainting (1995) is a quaint and fun look at youthful frustrations, grappling with more mature morals and telling tales of boring everyday life in songs like “In the Sink”. Predicts the future (1997) is a more refined and mature approach to similar topics. And while This day won’t last at all (2000) isn’t as good as the other two, it’s still a solid release to end a trio of quality records. Plumtree’s brilliant sound is incredibly young, and their composition is surprisingly good, seemingly so good that they spawned a now classic media series.

Don Caballero entered the math rock scene right after it was created by bands like Slint. And after taking the reins of the genre, they broadened it, especially in the field of percussion. The ten-minute jazzy jams are brought to life entirely by the genius of drummer Damon Che, but still replicate the superb guitar hits of their predecessors. Their first albums are actually quite fast, hard and sound a lot more lo-fi and amateurish. But once the issues were resolved, they released two classics not only of the genre, but of the music itself. What burns never comes back (1998) and American donation (2000) are both arguably in the top ten math rock records of all time, with some of the most magnificent and breathtaking instrumental sections ever recorded. Still, they’re almost at the bottom of this list in terms of monthly Spotify listeners.

It’s surprising – and rather disappointing – that Sebadoh makes this list, but despite their insane influence on the indie rock genre, bands like Nirvana and Pavement have eclipsed them due to the timing of their best record release. Sebadoh III (1991) is as classic as it gets, helping to flourish the indie rock genre through teenage stories and relatable ignorance. Phrases like “I am self-righteous and rude” are confident, yet self-aware, which is a big part of what the record is. It also combines a fun and adorable folk sound with distorted hardcore guitar sounds, similar to some of what’s going on. Tilted and enchanted (1992), but with a more innate juxtaposition. Outside of this release, however, the band continued to make several excellent records. Bubble and scratch (1993) was Eric Gaffney’s last record with the band, but he clings to most of what made III great, just with a much smoother production and a little more melodic cuts. And after their breakup in 1999, they came back and recorded two records since 2013, the last one being pretty good.

Named after the Sonic Youth song of the same name, Eric’s Trip actually extracted some of their lo-fi sound from Sebadoh, as the two groups were signed to Sub Pop Records. But their concentration relied heavily on melodic and lyrical ballads instead of pure indie rock. Their first record, Love Tara (1993), is the perfect breakup record, swinging between raw, acoustic, and melancholy love songs, and fast, strong, and aggressive punk, or sometimes exploring both sounds in the same song. The passion then dissipates in the last track, “Allergic To Love”. For all time (1994) is then a perfect sequel, tightening up songwriting to make it more diverse. And their last full project, Violet blue (1996), favors longer atmospheric pieces with a progression of experimental songs, a bit like their inspiration, Sonic Youth, sometimes. When asked to describe their sound, one of the band members, Mark Gaudet, claimed that they were playing ‘dream punk’, and it’s probably as accurate as it gets, but anyway, it’s damn good.

In a genre like math rock or post-hardcore, minimalism isn’t very widespread, as both rely on insane instrumentals and complex rhythms, much like progressive rock. But Shellac takes a minimalist approach to the genre, as if it were something as simple as punk. Instead, they push repetition alongside anomalous key signatures to bring a facade of that basic complexity. Soaked in a hatred of the music industry, much of what prompts them to opt for these unconventional, punk-esque sound qualities is due to their desire to make it different, fun, and anti-mainstream. The group prefers to play in small venues, and much of their music is even called “amelodic”. But nevertheless, all of their records (with the possible exception of Excellent Italian Greyhound (2007)) are exceptional with unique perspectives on the genre.

Connected to the aforementioned Sloan, Jale is another band from Halifax, Nova Scotia, and apparently guitarist Jennifer Pierce sang the backing vocals on Sloan’s smeared. They represent a large part of the sounds and ideas already mentioned on this list, but as a mesh of all. This is another band filled with women like Plumtree and their hard lo-fi guitars are also very similar to Eric’s Trip instrumentation. But the two come together in an indie rock take on shoegaze and grunge. Extended and robust guitar chords support very happy vocals on songs like “To By Your Friend” and “Again”. Introduction to Dream cake (1994), “Not Happy”, is almost a Hole song, but with a much prettier and more welcoming vocal performance. So hurt (1996) took away much of their lo-fi plot, but is still full of gorgeous, eye-catching cuts like “Ali” and “Despite”.

Now the third representative of math rock on this list, Polvo from North Carolina also appeared in the early ’90s, when bands like Slint were on the run. But what makes the difference is their wall of guitars – and the very offbeat uses of the instrument – as well as much more melodic pieces. Today’s active lifestyles (1993) is much brighter and more bouncy than anything from Slint, Don Caballero, or Shellac. Songs like “Time Isn’t on My Side” even use weird electronic beeps and filtered guitar slides, which I imagine at least partially inspired Hella to bring similar tools ten years later. Another innovative and distinctive detail is their oriental influences, even naming a song “My Kimono”, and featuring Asian-inspired art on Exploded drawing (1996). Polvo’s recognizable, loud, guitar-focused music is one of a kind and a must-have for guitarists the world over.

Rooted in old influences from the 60s, Inbreds music is akin to the music of the early Beatles and Beach Boys, with an indie twist from the 90s. Made up of just two members, Mike O’Neill and Dave Ullrich, their music is simplistic, focusing on a single set of drums and a bass, sometimes with a guitar. Their sound is also very raw and sounds like your local college indie band, which brings an inherent charm to their music and has naturally brought them a crazy amount of college radios in Canada in particular. Yet the talented duo only lasted for four albums and six years before breaking up in 1998. Their music remains as innocent and unpretentious as ever, and is one of the few groups that can appeal to both 60s rock obsessives. and grungy rock.