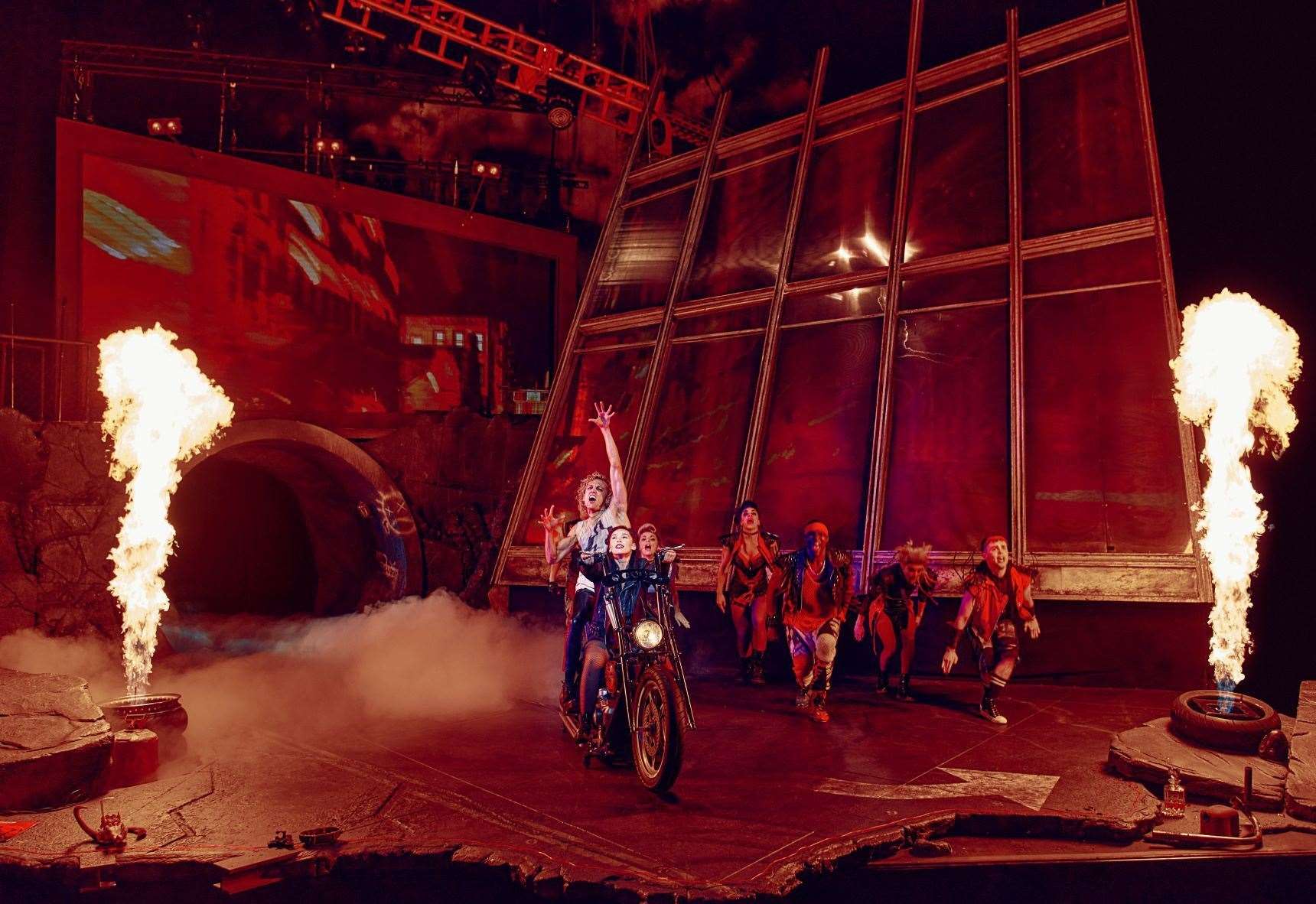 The rock musical Bat Out of Hell roared onto the Aberdeen stage and entertained with a high-octane theatrical experience.

The award-winning hit show features the greatest hits from Jim Steinman and Meat Loaf and is at His Majesty’s Theater until Saturday.

A combination of classic rock songs and a unique visual spectacle ensures that audiences are entertained as they sing their favorite song after the final curtain.

Theatergoers were greeted by a pre-show Aberdeen Dunedin Chapter motorbike tour, with others on display outside Her Majesty.

The musical is set in post-apocalyptic Manhattan, now called Obsidian, and follows Strat, the still young frontman of The Lost who has fallen in love with Raven, daughter of Falco, the city’s tyrannical ruler.

As the young couple seeks to reunite, they have to deal with Falco and some members of The Lost who are determined to stop the union at all costs.

The main character Strat is played by Glenn Adamson who brings great intensity to the role, especially at the end of the first act which is a dramatic performance of the title track and leaves the audience breathless and ready for the break.

He longs for the love interest of Raven, played by Martha Kirby, who shines as she struggles to choose between her family and the mystery, intrigue and excitement of Strat and The Lost.

Raven’s parents, Falco and Sloane, played by Rob Fowler and Sharon Sexton, have a natural bond and produce a stunning performance during the epic Paradise by the Dashboard Light.

The majority of the other actors are also blessed to take center stage with the quality across the board at a high level. Joelle Moses, who plays Zahara and James Chisholm as Jagwire, also has a budding romance, but unlike the central couple, one is hotter than the other.

The show’s live band is impressive and ensures that the hits of Steinman and Meat Loaf make an impact, but also add a new dimension to the well-known tunes.

The power ballad It’s All Coming Back to Me Now is a particular highlight and features all four tracks as the song moves from young lovers to older parents to great effect.

The musical’s staging is unique with the main central area on the levels, while a separate elevated section features Raven’s bedroom which can convert into a screen. Throughout the performance, live video is filmed and projected onto the screens to provide a different perspective of the action.

Like a Harley Davison motorcycle, the story unfolds at a fast pace and culminates in a fittingly epic finale, while an encore performance put the audience on their feet before speeding off into the sunset.

The musical is at His Majesty’s Theater until Saturday and tickets can be purchased at its online box office.

Do you want to react to this article ? If yes, click here to submit your thoughts and they may be published in print.