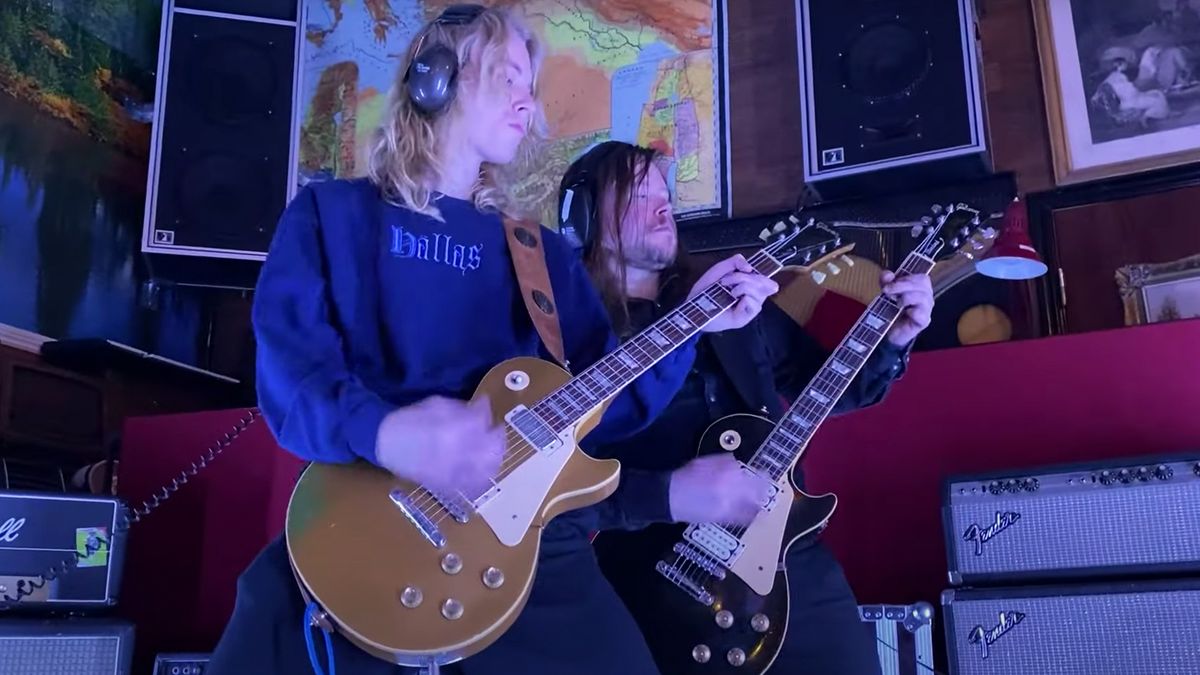 And now another band looking to fan the flames of outspoken rock ‘n’ roll is Bomber, a quartet from Malmö, Sweden, who are set to release their debut album, nocturnal creatures.

Their catalog currently consists of a single song – the main track of the album, Zarathustra – but its three-minute, 22-second runtime is more than enough to offer a substantial taste of their sound. It’s packed with catchy hooks, powerchords and killer riffs, and positions Bomber as one of the most promising new bands on the modern classic rock scene.

In this new reading of the piece, created by guitar world, guitarists Anton Sköld and Max Huddén wield a Gibson Les Pauls – a 1972 Deluxe and a 1996 Standard, respectively – to showcase its gritty riffs and jaw-dropping leads. Check it above.

To bring his guitar to life, Sköld goes through a 1981 Marshall 50W Super Lead and minimal effects, aside from a touch of chorus, reverb or delay. “When we fire up our old Marshalls, you hear nothing but a deafening roar anyway,” he says.

On the album, “every song is based on a double rhythm track made with the Pauls and the Marshalls,” says Sköld. “Once we got those perfect takes, we made a parcel overdubbing to create a wall of sound. You will hear a lot of clean guitar sounds in addition to distorted sounds. This creates a much fuller and more luxurious feel.

He doubles the power too, opting for a 1982 100W Marshall Super Lead 2203 plugged into a ’70s Marshall cab with Celestion Blackback speakers.

As he explains, “This combination is a classic killer and delivers those 80s Marshall tones, which is what we’re looking for in Bomber.”