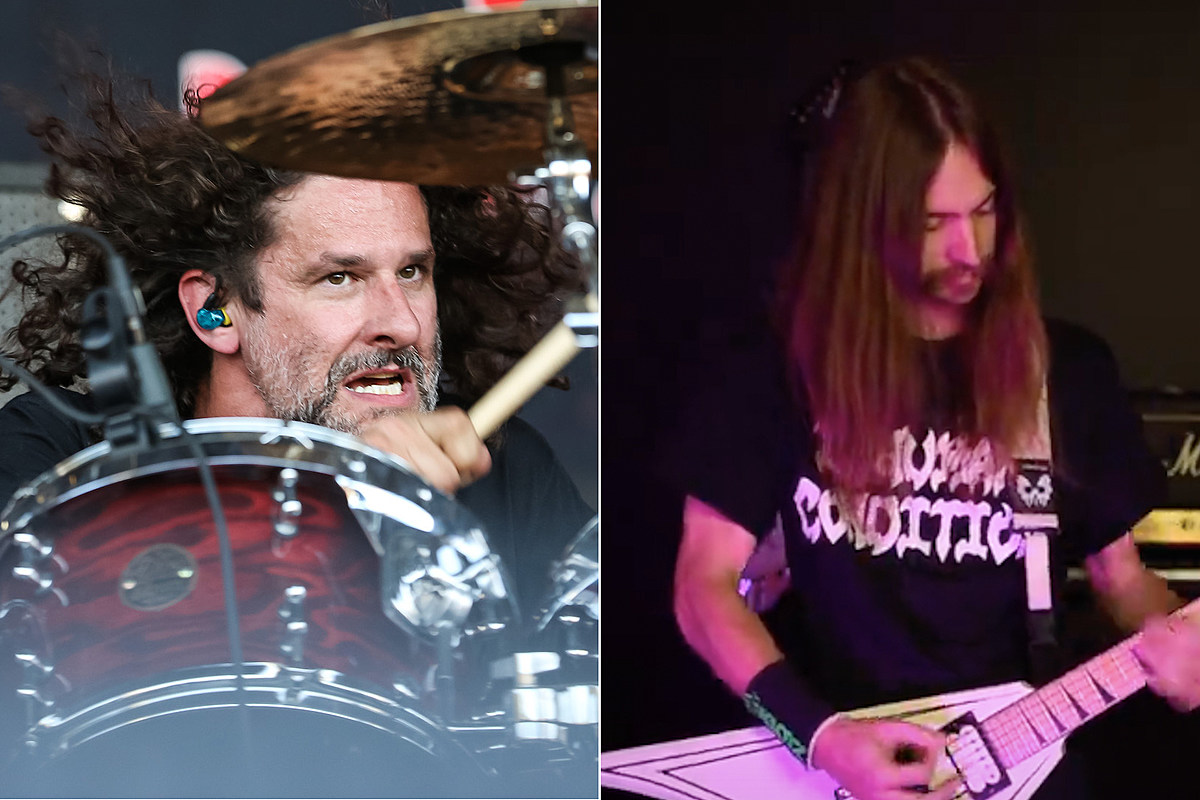 The members of Cannibal Corpse and Deicide first started discussing a rock supergroup called Umbilicus in the summer of 2020, and they just released their first-ever single, a classic rock track called “Hello Future.”

Umbilicus features Cannibal Corpse’s Paul Mazurkiewicz on drums, Deicide’s Taylor Nordberg on guitar, Anarchus bassist Vernon Blake and Fore vocalist Brian Stephenson. According to their Facebook page, they officially announced their formation in December 2021 and confirmed earlier this month that their debut album Path of the 1000 suns will be released via Blood Blast Distribution later this year.

Today we have a first look at the disc with “Hello Future”. Listen to the song and discover its lyrics below.

“Hello Future! Here we are, we made it!” Stephenson said of the track [via Metal Injection]. “It’s time for the world to hear what we’ve put our time and effort into. We couldn’t be happier with this debut single and the album! Real rock dirty and simple, straight forward and direct.’ n’ roll for the people. It’s been a labor of love in every way and a true journey from conception to birth. Here he kicks and screams in all his glory!”

“Me and my brothers Taylor, Paul and Vern’s hearts couldn’t be filled with more joy for all of you to experience this with us,” the singer continued. “We are Umbilical and we play rock ‘n’ roll. Dig it! Lots of love and peace to all of you past, present and future!”

I have to run to clear my brain
Make way for happiness
let go of the pain
Hello future, goodbye past
find yourself some peace and make it last

11 Artists Who Turned Down Joining Huge Rock And Metal Bands