Classic Rock Icons Arrive at Columbia for a Concert 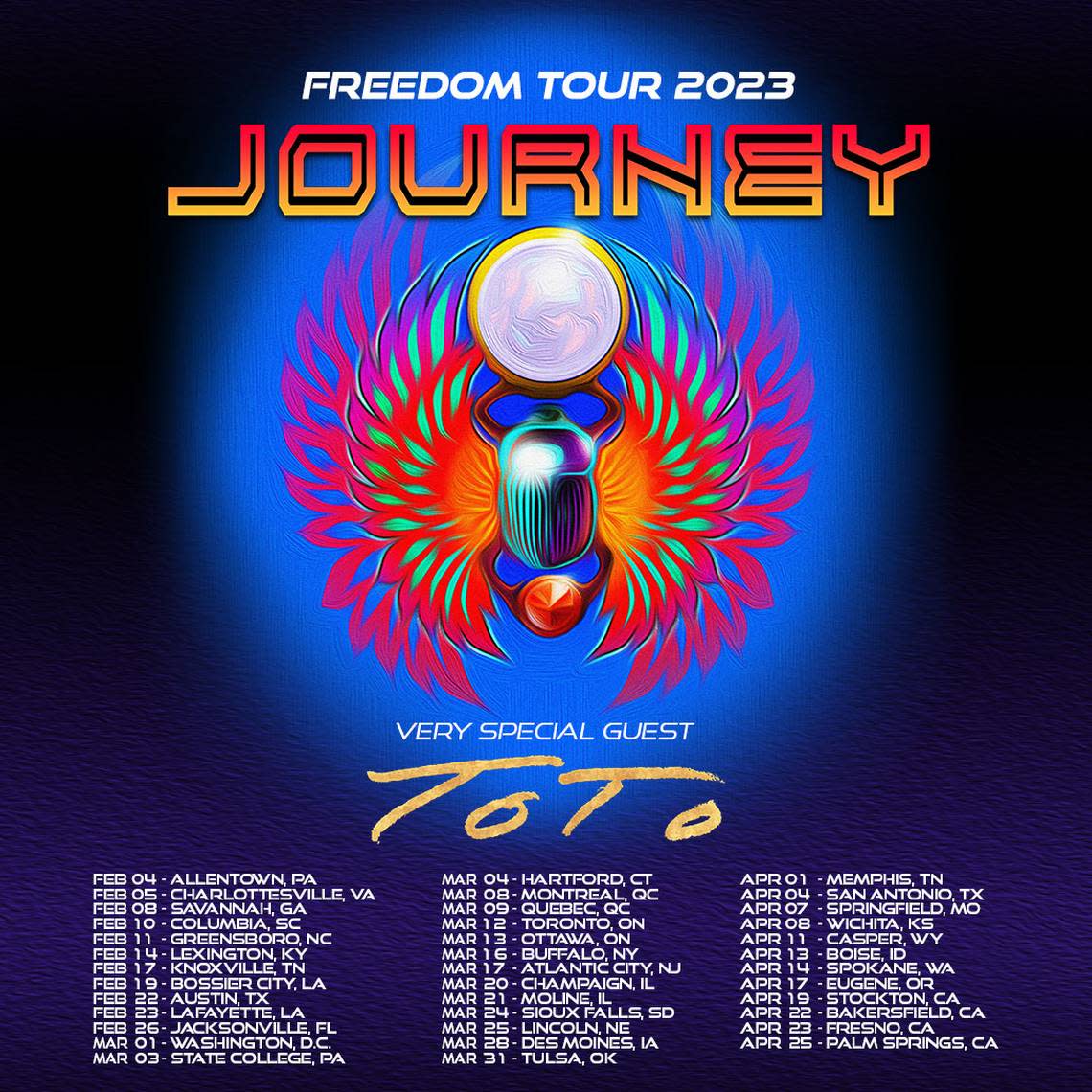 Classic Rock Icons Arrive at Columbia for a Concert

The Rock and Roll Hall of Fame members will bring their “Freedom Tour 2023” to Colonial Life Arena on February 10, 2023.

Journey will be joined by other classic rock stars Toto, the promoters said in a press release.

“Excited to be performing for our fans on our tour next year with Toto,” Journey keyboardist Jonathan Cain said in the statement. “The combined successes of the two bands represent two decades of excellence that have become a soundtrack to people’s lives.”

Tickets will go on sale to the public on Friday, but a presale will begin Tuesday at 10 a.m. on ticketmaster.com. Any tickets still available after Friday can be purchased the following business day online or at the Colonial Life Arena box office.

Ticket price information was not available.

The Columbia show is one of the first shows the band will play in 2023 as they continue their 50th anniversary tour, according to the statement.

It’s the only scheduled stop in South Carolina for Journey, which will perform in Greensboro, North Carolina the following night in its only other show in the Carolinas.

Journey was most prominent in the 1970s and 80s, but hit songs like “Don’t Stop Believin’, “Any Way You Want It”, “Faithfully”, “Lights” and “Wheel In The Sky”, among others, have maintained the band’s popularity for decades and introduced it to new generations of fans.

Journey has 19 top 40 singles, 25 gold and platinum albums, and has sold more than 100 million albums worldwide, according to the statement. Journey’s ‘Greatest Hits’ album is certified 15 times platinum, making the band one of the few bands ever to be certified diamond, and the song ‘Don’t Stop Believin” has over a billion streams of times.

The band which was previously fronted by Steve Perry was inducted into the Rock And Roll Hall Of Fame in 2017. Current vocalist Arnel Pineda is from the Philippines and was discovered on YouTube by Journey founder and lead guitarist Neal Schon , promoters. said.

“On my behalf and on behalf of the band, we are very honored and thrilled to be doing this tour with our old and dear friends Journey,” Toto’s Steve Lukather said in the statement.

Toto has racked up more than 3.3 billion plays on Spotify based on the hit songs “Rosanna”, “Africa” ​​and “Hold the Line”, the promoters said.