Classic Rock Songs of the Week of July 11: Eight New Rock Songs You Need to Listen to Immediately 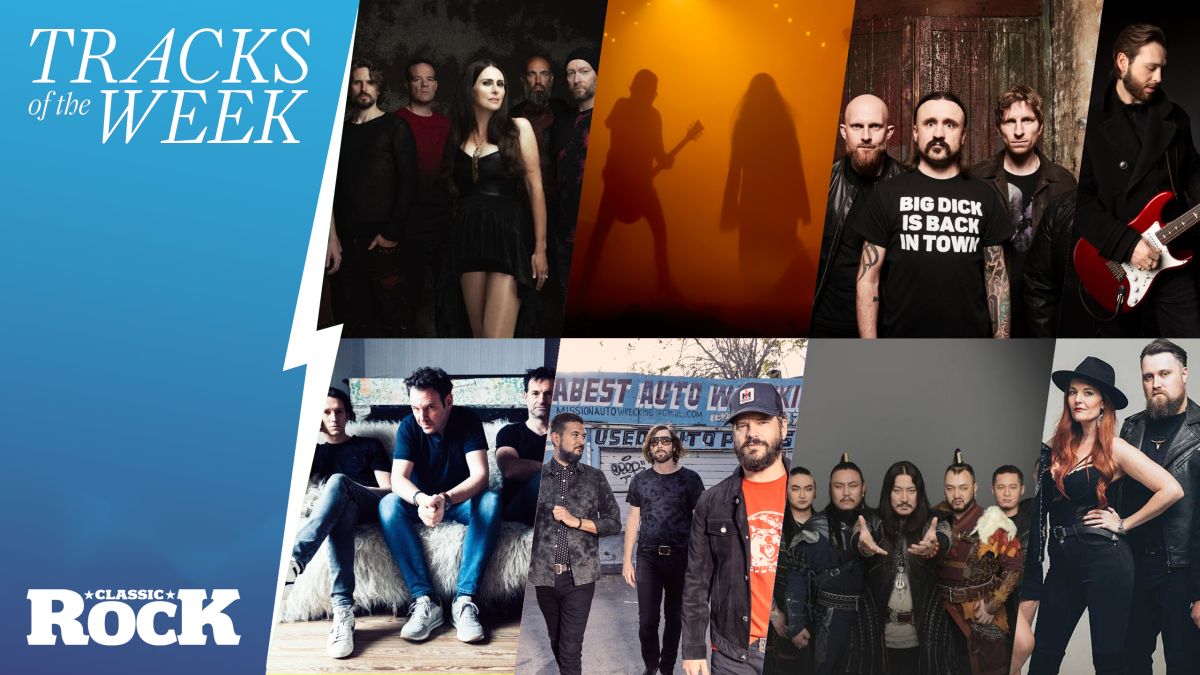 Classic Rock Songs of the Week of July 11: Eight New Rock Songs You Need to Listen to Immediately

Last week’s battle of fresh rock tracks was won by Erja Lytinenfollowed by A priori in second place and Goo Goo Dolls ride in third. Our warm congratulations to all, especially to our winner, Ms. Lyytinen. You have all done very well.

And now, out of all of this week’s contenders, whittled down from many other new releases that have reached our ears over the past seven days. Eight riffy gladiators, if you will – devoted to the noble cause of rock (the noblest of all, of course), armed with songs, not swords (although in fact the Hus have swords too… ) and fighting to top our essential roundup of new music. Check them out and don’t forget to vote for your favorite, using the poll at the bottom of this page. As always, the winner will be announced during next week’s roundup.

Competitors, we salute you all. Now let’s rock…

Team Wagons launched the campaign for their upcoming album (Sets off, on sale October 28), and we’re happy to report that their ability to produce brilliant riffs and sharp-but-sunny choruses hasn’t diminished – if this “anti-bullying” single is anything to go by. They’re not exactly the first to write this kind of dynamic battle cry, don’t let the bastards get you down, but Fuck the haters is definitely one of the good ones. Imagine the Wildhearts taking a few tips from Blink 182 at their best, and you’re in the right zone. Wagon frontman Baz Mills says, “Simple song, simple message: fuck the haters, fuck ’em all. Do what you want, wear what you want, be who you want to be and be proud of it. Amen to that.

The Cult – Give Me Mercy

Messrs Astbury, Duffy and company are back with their first studio album since 2016 hidden city, and they’re all in for this one — as this cool yet mega-inviting first statement suggests. Confirmation (if needed) that The Cult definitely “always got it”, give me pity is the kind of majestic, classic anthem that will make you feel like you’ve known it for years. Do you like what you hear ? You can get your hands on the aforementioned new disc, titled Under the midnight sun, when it is released in October. Game on.

Laurence Jones – Everywhere With Me

Anyone who remembers Laurence as a blues guitarist will find him as an adult in this juicy bluesy rock ‘n’ roll hit (he’s got a beard and all). Yes, there’s a whisper of Joe Bonamassa in the rich but punchy tone of his licks – not to mention their equally youthful and prodigious ax blues debut – but Anywhere with me is much more about rock than virtuoso noodles. Catch this and more on his new album, Destination unknownwhich comes out September 9th.

One of the meatiest and heaviest tunes from the Portsmouth Quintet’s debut, The machine of life (out now), thin ice blends the blues n’ soul spirit of this record with Heart-esque rock chops. “I’ll never forget when I first heard that riff,” says bassist Billy Dedman. “I was out for a walk one particularly freezing morning when (guitarist) Ed sent us a demo. The riff caught my attention right away. inspiration struck, and I suggested calling this demo thin ice. The girls ran with this idea and wrote a song about a loved one who presses too many buttons!

In Temptation – Don’t Pray For Me

Rushing in like the symphonic, storytelling siblings of latter-day Evanescence and Halestorm, Dutch metalheads Within Temptation are in great shape here; all the driving guitars, synth-enhanced drama and regal vocals of opera-rockstar Sharon den Adel. The kind of music that deserves a huge stage and as many wind machines as possible. Den Adel says: “It’s an anthem about acknowledging that beliefs can be fluid, multiple or frankly: different. The song is about allowing people to pursue their own destiny. They are set to tour the UK and Europe as co-headliners with Evanescence in November.

CMON CMON – The Summers We Missed

The new track from these Belgian rockers streamlines the wispy, summery vibes of Feeder, Ash and the early Lemonheads into one softly shaped ensemble. Happy, bittersweet and very delicious – a laid-back yet artful ode to the passage of time. “The song is a true story, a story I couldn’t have written when I was 20,” says singer/guitarist/lead songwriter Jorrit Hermans. “The summer in question is 1995. The party was real and Julie too. In the second verse, the story jumps forward 20 years to another summer where they reunite and reminisce about what could have been.

If you like your catchy, metallic hard rock with sides of rolling grasslands and warriors with drinking horns, this one’s for you. Continuing to bring ancient Mongolian culture into the 21st century, The Hu has released a spellbinding cinematic taste of his second album, roar of thunder – which was just confirmed for a September 2 release. Visually stunning and as delightfully menacing as its title suggests, it is described by the Gala singer as roar of thunderis the “jewel in the crown”. Intriguing…

We saw these LA-based guys living in London last week, where they fed a generous helping of tech gremlins (blown speakers, tangled wires, faulty earbuds…) with such good humor, oh-vis-it bullish that he added fire to their spicy potpourri of old Rn’B, rock’n’roll Stones and California sunshine. This take on Hunting dog is a prime example of all of this. The band explains, “We took a bit of inspiration from Big Mama Thornton’s original version from 1952, mixed some rock ‘n’ roll from the 1956 Elvis version, reversed the chords and created something that didn’t sound like neither of the two.