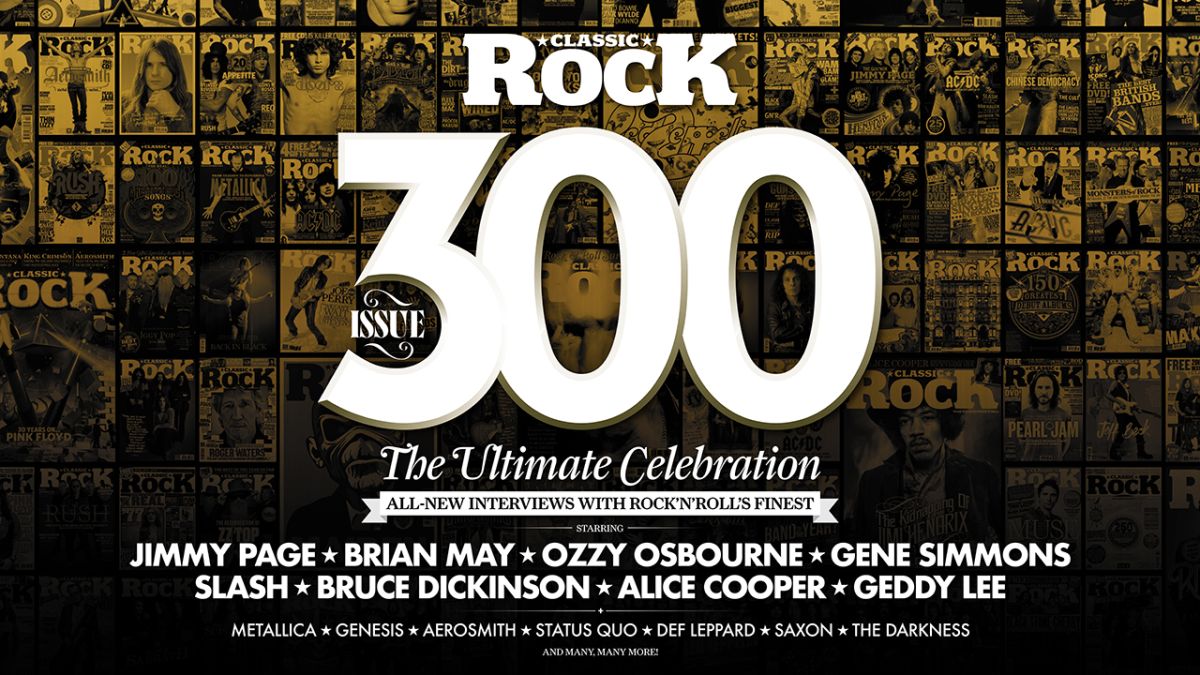 Almost a quarter of a century ago, a ragtag team of rock writers had the crazy idea to launch a magazine that truly celebrated and explored the music they loved.

There was no other magazine in town that did exactly that, so for real field of dreams ‘build it and they will come’ mode, classic rock came kicking and screaming into the world.

Much of that original launch team – and the people who built the magazine over its lifetime – are still very much involved with the magazine, and this month we celebrate a real milestone with the publication of our 300th number.

The issue is jam-packed with new interviews with the best in high-tension rock ‘n’ roll. Many – like many of our contributors and readers – have been with us since the beginning, and others – again, like contributors and readers – have joined us along the way. Whether they’re established legends or newcomers, they look back on what they were doing in 1998, what they’ve been up to since, and discuss the state of rock ‘n’ roll today.

Back live… With return gigs on the agenda, we get a look at tours by Killing Joke, Reef and The Mentulls, and look back at recent gigs from Halestorm, Smith/Kotzen, Van der Graf Generator, Russ Ballard and more. . Plus gig listings – find out who’s playing where and when.