Def Leppard on the cover of Classic Rock Magazine – out now 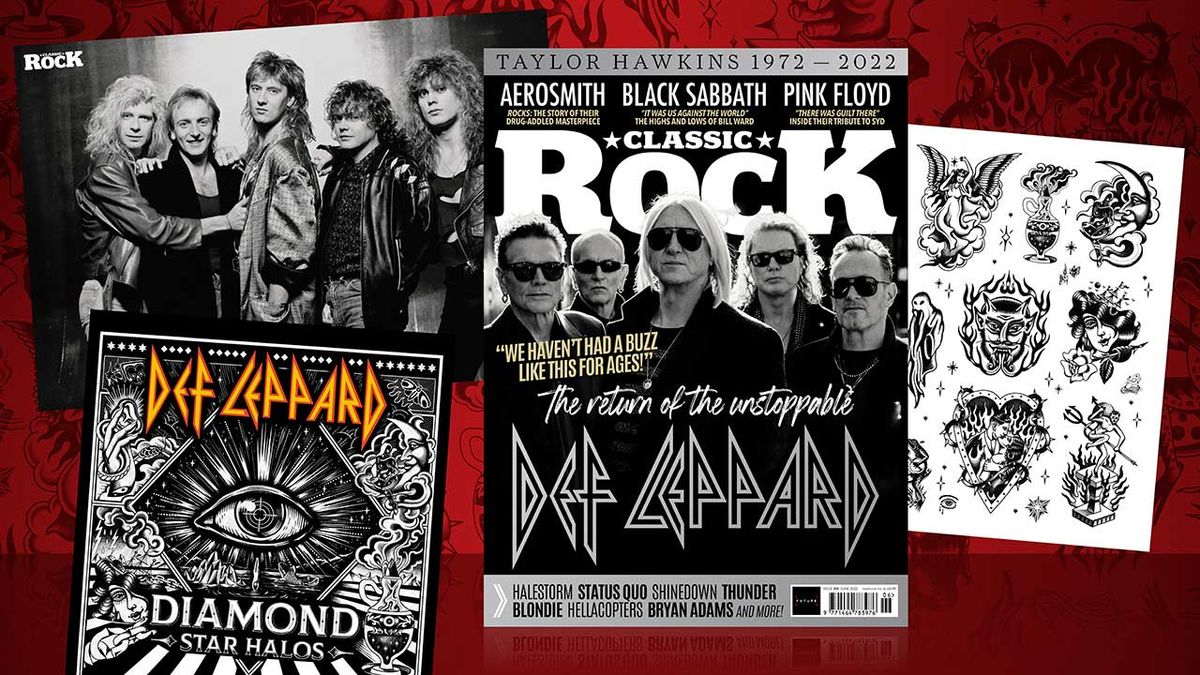 Def Leppard on the cover of Classic Rock Magazine – out now

In the 301st edition of classic rock we are delighted to welcome the return of Def Leppard. And even more excited to announce that they are back in full force. As you’ll read in our exclusive report, we sat down with the quintet to find out how they got the bit back in their teeth and why they’re hungrier than ever. Welcome, guys.

And that’s not all: to celebrate the band’s return, the new issue comes with two exclusive gifts: an official sticker sheet and a double-sided poster (subscribers, UK newsstand and online orders only ).

In this issue, we also pay tribute to Taylor Hawkins and find out how Halestorm withstood their forced hiatus and how they’re back with a vengeance; we venture behind the scenes of the making of the Aerosmith’s Rocks album; Alex Lifeson from Rush introduces us to his new musical project; we talk to Bill Ward of Sabbath and John Coghlan of the Frantic Four…and much more.

Wait! There is more! We also have a very limited edition Halestorm pack available, which comes with a bespoke cover plus a lyric sheet autographed and hand-signed by the entire band. There are only 200 copies available, and they will disappear faster than Usain Bolt.

Def Leppard
The kind of setbacks Def Leppard have faced over the past 45 years would have ended many bands, either creatively or completely. But, after successfully weathering storms and fighting many battles, they are now on the rise again.

Taylor Hawkins
We join the rock’n’roll community in remembering and celebrating the life of the Foo Fighters drummer, a natural showman and eternal “Mister Fanboy”.

Halestorm
Halestorm is back to doing what he loves most, what he’d do even if no one cared – and it looks downright fierce.

Aerosmith
It was the album that sealed Aerosmith’s legend as the greatest American rock ‘n’ roll band of the 70s. But their drugged masterpiece Rocks was also when things started to get really messy…

Hellacopters
Back after a 14-year hiatus, Swedish rock mavericks The Hellacopters look where it all went wrong and right.

Bill neighborhood
Arguably underrated, if not exactly underrated, drummer Bill Ward was integral to Black Sabbath and the genesis of heavy metal. In conversation with classic rockhe reflects on his eventful life so far.

John Coghlan
The former Status Quo drummer admits his career is coming to an end, but isn’t quite ready to shut the door on it.

Alex Lifeson
Rush guitarist Alex Lifeson tells Classic Rock why he couldn’t settle for a retirement on the golf course and raves about the invigorating powers of his latest project Envy Of None.

Shooter Jennings and Yelawolf
Always a maverick, Shooter Jennings has teamed up with rapper Yelawolf. The result is a heartfelt rock record enriched with thrash, country, electronica and moonshine recipes.

The stories behind the songs: Pink Floyd
Pink Floyd ran out of ideas for the all-conquering sequel The Dark Side of the Moonbut eventually they delivered what would become one of the band’s defining tracks.

6 things you need to know about… Beaux Gris Gris and the Apocalypse
This British-American roots duo soar between genres and dance as the world crumbles.

The £50 Record Store Challenge: Reef
We visit Clocktower Music, tucked away in the Art & Vintage district of Bridport, to give UK rockers Reef some cash to buy records and to hear about their sixth studio album Shoot Me Your Ace.

Buying Guide: Monster Magnet
Throwing space rock proto-metal, acid rock and more into the swirling pot, they had a knack for not inventing, but reinventing.

The Soundtrack of My Life: Thunder
Thunder guitarist Luke Morley picks his records, artists and gigs of lasting significance.