Demi Lovato ends her pop career and returns to rock 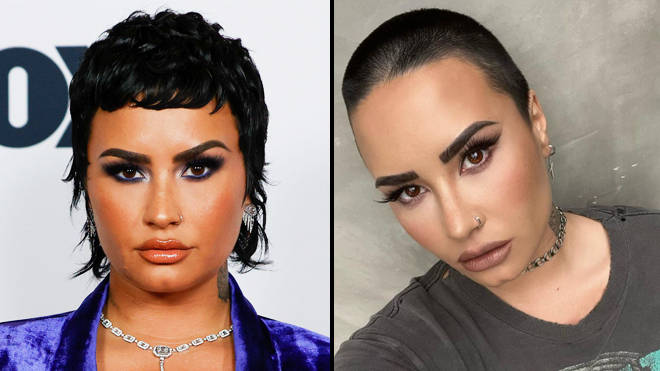 Demi Lovato ends her pop career and returns to rock

The ‘La La Land’ Demi Lovato era is back and their new music sounds iconic.

Demi Lovato officially announced a funeral for their pop music and teased an imminent return to their rock music roots.

Demi Lovato may be best known for pop anthems like “Skyscraper,” “Cool for the Summer” and “Sorry Not Sorry,” but the 29-year-old superstar was first introduced to us as a rockstar in the vein of Paramore and Avril Lavigne. . From camp rock soundtrack to their first two albums, Demi has established himself as one of the rock icons of his generation.

Now, Demi is giving her day one fans exactly what they want. The Disney legend is set to release a rock music project.

Yesterday (January 20), Demi took to Instagram to post a photo of them sitting with their management (Scooter Braun) and record company (Island Records). In it, Demi poses with two middle fingers up. Demi captioned the photo: “A funeral for my pop music.” In other words, it looks like Demi has just played her new music to her team and is back to rocking.

If you’re not convinced by the photo, Demi also archived all of her old Instagram posts earlier this year and they even posted snippets of their new rock music on Instagram Stories. In the lyrics of one of the songs, Demi sings, “Get your tickets to the freak show baby / Step right up to see the freak go crazy” loudly.

Listen to the teaser for the new song at the top of this page.

Elsewhere, Demi also announced that they are set to release a collaboration with indie band Winnetka Bowling League. ‘Whore. I Miss You’ will be released worldwide on February 4. We can’t wait to hear what it looks like.

What do you think? Are you excited for Demi to return to rock?