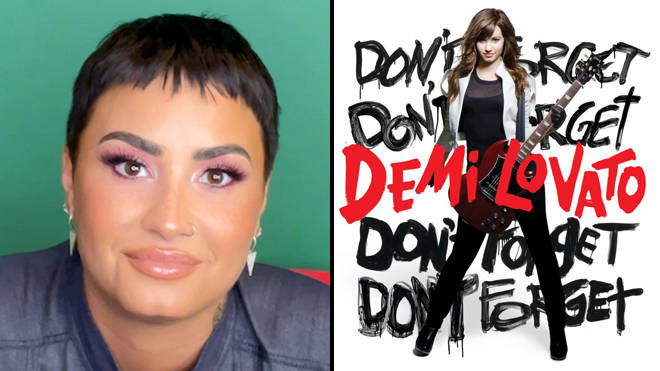 “It’s a new era reminiscent of my first era. I’m going back to my roots.”

Demi Lovato has opened up about what their new “rocky emo” music will sound like and why they’re going back to their roots.

Last month (January 20), Demi Lovato surprised fans by announcing her return to rock music. Demi took to Instagram to post a photo of herself playing new music at her direction with two middle fingers up, and the caption, “A funeral for my pop music.” Demi also teased snippets of new music on their stories reminiscent of their first two albums.

Now Demi has teased that their new rock music is even “better” than the rock music from their first two albums, do not forget and Here we go again.

Talk to rolling stone about their new music, Demi said, “I would say it’s a new era. I’m constantly evolving, constantly evolving. I’d like to put the rest of my music behind me and start from scratch in this new era for this next album. It was a label meeting. We were all in black and I was like, ‘Wow, this is like a funeral for my pop music.’ There was no proper funeral.”

As for whether Demi is returning to his “rock and emo days”, the 29-year-old confirmed that he is. They said, “That, but better. And also, there’s a bit of…and when I say heaviness, I don’t mean lyrically, but heaviness like in some sounds that I’ve never done before, which is exciting. It’s a new era that’s reminiscent of my first era.”

Demi ended by saying, “I’m not changing with new music. I’m just going back to my roots!” In other words, it feels like we’re getting an upgraded version of Demi’s first two pop-rock eras. ‘La La Land’ 2.0 is coming!

What do you think? Are you excited for Demi to return to rock?