If you are asked to provide a list of words to associate with “funeral”, what immediately comes to mind? For many, the discomfort would seep in before a word was even formed. This is likely due to the individual’s refusal to think of the “d” word – death.

This could easily put someone down a rabbit hole of fear, so it’s totally understandable to be dismissive or feel a little uncomfortable.

Likewise for funerals, it serves as a conscious reminder that life is temporary. The frightening nature of a final send-off can sometimes be palpable and difficult to deal with.

With grief and sadness being the primary emotions of a vast majority of funerals, it turns out that these processions tend to be all about negative emotions.

So, back to the first question. Is there any chance that the word “dream” is on your list? Probably not and that makes sense. Such farewells tend to be dark occasions and the “dream” just wouldn’t fit within such parameters.

What if these settings could be changed? Theoretically speaking, “dream burials” would become more common if they weren’t just viewed as negative events.

Judging by the results of an AsiaOne survey, we may be envisioning a future where having a wishlist becomes relatively normal. Think of it as a loved one’s last wishes – whether it’s a Kahoot quiz or a curated music playlist – honored and fulfilled on their last journey.

A celebration of life

AsiaOne’s survey was conducted among 88 Singaporeans between the ages of 18 and 35 and respondents were asked to provide three words they immediately thought of upon seeing the word ‘funeral’. From there, respondents were instructed to decide whether their comments were generally positive, negative, or neutral.

Unsurprisingly, words associated with negativity filled the answer column – from “sadness” to “tears”, “depressing” to “mourning”. What was unexpected, however, was the large number of respondents (57 out of 88) whose chosen words were either neutral or positive.

In other words, around 6 in 10 respondents believed that a person’s last trip can indeed be associated with something neutral or positive. Examples of words received were ‘reflection’, ‘close’, ‘celebration’ and ‘gathering’.

One respondent, named M, provided interesting insight into why she is able to take a neutral stance.

“Death is part of our daily life, so a neutral attitude towards funerals should be adopted to help us deal with it better,” the 18-year-old said.

Nerissa, a 25-year-old woman who works in social media, shared similar sentiments and said: “Funerals are traditionally a sad occasion in some cultures, but in reality in others they are a celebration. So over the last few years I’ve tried to shift my mindset so that it’s not just about losing someone, but celebrating the life they’ve lived.

When it comes to planning their last day, many are in the same boat – 75% of respondents say they have not yet planned their funeral.

However, a significant number of our Gen Z and Millennial respondents have moved past the initial taboo barrier of viewing final goodbyes as dull life events. They were presented with an open-ended question about what they would like to see on their farewell day, and the responses received were far more diverse than one might expect.

Kahoot quiz at a funeral?

In the survey, words like “Spotify” or “playlist” popped up quite a bit when respondents were asked about their ideal funeral. Some people even got more specific and wanted Paramore, Arctic Monkeys and Stevie Wonder to grace the occasion.

If you thought a request for curated music was a little odd, how about disco lights, club music and a kahoot quiz about the recently deceased? A concoction of these three would make Mr.

A clear theme running through these responses is the attempt to celebrate life, despite its absence in the recently deceased individual.

This shift in mindset among the younger generation is heavily focused on presenting a more loving insight instead of just confirming the fact that a person is dead.

Ultimately, it’s a balancing act because the immediate and visceral emotional reaction to a goodbye is often grief. A funeral that accommodates a person’s wishes and celebrates their individuality creates a more welcoming environment where people can come together to grieve.

An elephant in the room is obviously the fact that no one is able to attend their own funeral. So having a wish list is all well and good, but turning it into reality is another matter. So planning ahead – and doing it with loved ones – is vital.

This is where Advance Care Planning (ACP) comes in. It kicks in when you no longer have the mental capacity to express your preferences or make decisions and works as a safety net for your future health.

The first step to PCA begins with a personal conversation with yourself. Are you looking for longevity or quality of life? Do you have a preference for where you want to spend your last days? Share these thoughts with a loved one and let them know your wishes. Once you have reached this stage, formalize your preferences via ACP. 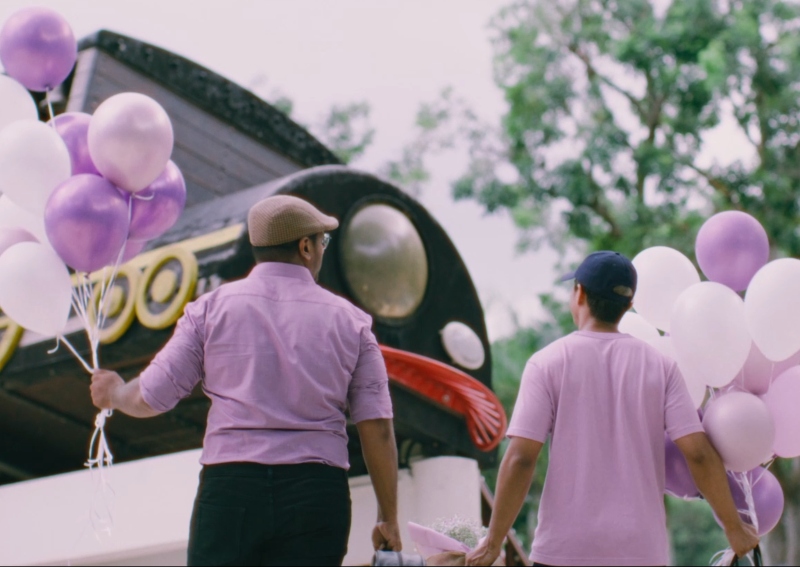 If you need inspiration, The Wishlist is the latest in a three-part film series from the Singapore Hospice Council (SHC). It sheds light on palliative care and challenges the idea that funerals can only be associated with grief and sadness.

The film focuses on respecting a dying person’s choices after death and how CPA can put the individual and their family at ease in case something unexpected happens in the future. .

In addition to the film series, SHC has also created an interactive game that focuses on educating youth and young adults about palliative care.

Title The living game, this role-playing game traces the journey of three characters: a young patient, a caregiver and a palliative care volunteer. Players are then tasked with making key decisions at different stages of the game, allowing them to learn about its various outcomes.

Once you’ve tried the movie and the game, maybe it’s time to think for yourself. Consider how this might apply to you now.

A good way to start is to write messages to your loved ones, living or deceased. Be comfortable with feeling vulnerable.

Once you’ve cleared that hurdle, a funeral wish list may be just around the corner.

This article is in partnership with the Singapore Hospice Council.