GUNS N’ ROSES guitarist SLASH on the current state of rock music – “Not everyone is really plugged in that there’s this massive movement going on, but it’s definitely here” GUNS N’ ROSES guitarist SLASH on the current state of rock music – “Not everyone is really plugged in that there’s this massive movement going on, but it’s definitely here”

Slash joins Travis Mills on Apple Music 1 to discuss the release of 4 (with Myles Kennedy and The Conspirators), his experience working with Spatial Audio, the current state of rock, embracing TikTok, being the very first release on the new Gibson label, and more.

Of the current state of rock music, Slash says, “I don’t know the whole rockstar tune. I never really…I mean, I totally get it because growing up , I mean it was during the period when rockstars were rockstars and it changed a lot over the years. So I couldn’t say anything about the term rockstar. But as far as music goes, there’s definitely has a wave of young bands doing for the right reason. It’s very raw. It’s very influenced by the old way of doing things, believe it or not, because technology has ruled for so long to the extent that everyone was using the new kind of technological breakthroughs a lot like But now, I think kids have found a kind of old-fashioned way to get together and play and have fun doing it. there’s a lot of bands out there, and they’re not in the mainstream, so not everyone is true I’m plugged into the fact that there’s this massive movement going on but it’s definitely there. So that’s exciting.”

As for what’s next, Slash reveals, “Well, there’s a lot going on. I mean, there’s a lot of catching up for 2020 right now because we can get out and play. So I’m with the Conspirators in the US until March, then I’m going out with Guns N’ Roses from, I guess, late May or early June until the end of the year to do a European tour of Australia and South America. with the Conspirators at the top next year, so it’s Europe and Australia and Asia and South America. There’s going to be a lot more stuff written for both bands on this long journey, so one day I would say new music will probably be around 2023, 2024.” 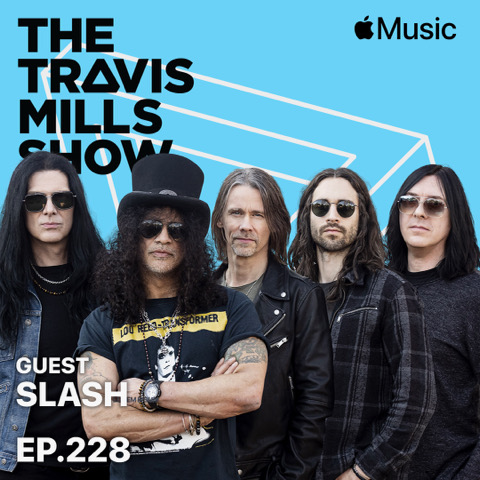