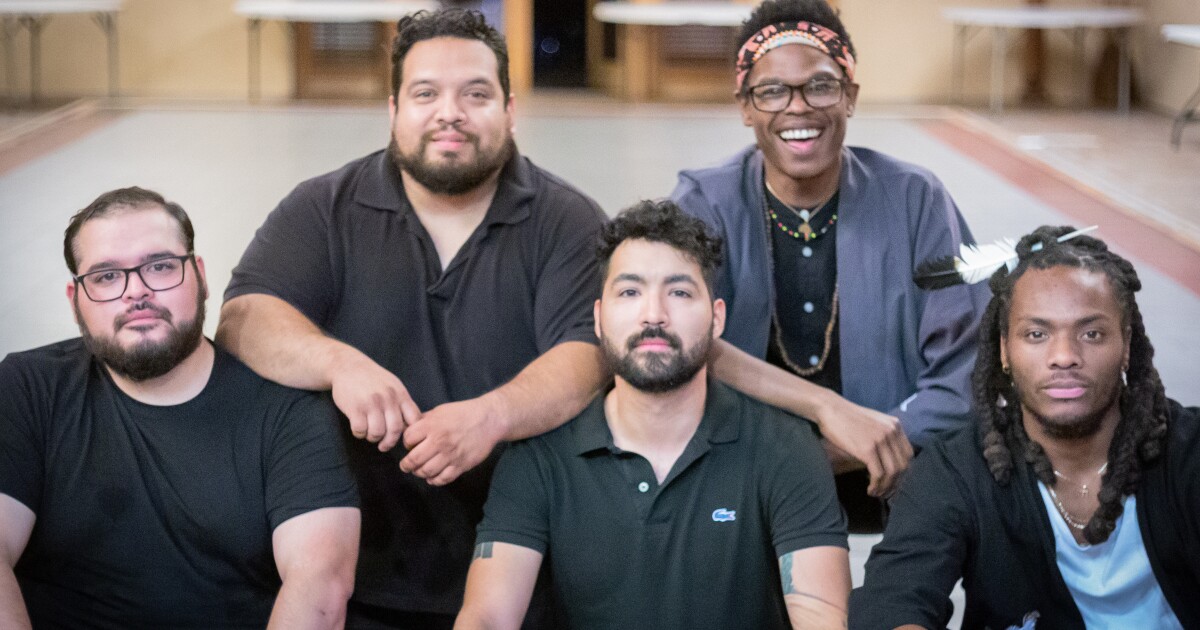 Angel Ochoa and Eduardo Luna, the founders of Indychitlan, told WRTV that attendance at last year’s music festival was “unexpected”.

“You saw little kids in front of the band, without any thought, just enjoying the music,” Luna said of the 2021 Indychitlan Festival, smiling. “That’s what we’re looking for, it’s like finding a way to bring the parents in, but also that the parents can bring the kids.”

Indychitlan is an event for all ages, and being family friendly is vital for Ochoa and Luna as they hope to create an inspiring space for local youth. Ochoa says it’s about showing kids “other sides to music that they’re probably not used to seeing or hearing.”

That said, Ochoa and Luna have three main goals with Indychitlan Fest, one of which is to be a kid-friendly live music event at all times. Second, to be a place where black and brown kids can see different genres of music. And third, to bring communities of color together in a positive way.

“We wanted it to be diverse,” Ochoa said. “We didn’t want an all-metal, all-punk lineup. So we have, I think, a diverse set of bands here that we’re able to cater to that kind of idea. And we did – we we did it.”

Race not only instinctively dictates the kind of music someone resonates with, but much of society, for a long time, held invisible lineups, deciding a person’s style of music. to have to as based solely on the color of their skin.

We’ve started to see that narrative change significantly in recent years, mostly thanks to people who have shamelessly pushed against conventional norms.

As Indychitlan’s mission is to be an inspiring event for the youth of Indianapolis, the inclusion of groups and event organizers from Chicago has gone a long way in facilitating this mission. Ochoa and Luna hopped on I-65 North towards Windy City, where they got their inspiration, to participate in the punk rock scene.

“It’s something that’s already more common in Chicago now,” Ochoa said. “There are actually genres that not only would we love, but that can also open doors for other collaborations, or even genres that don’t even mix; that don’t usually collaborate.”

Festivals such as the “Black and Brown Punk Show Collective” and the “Or Does It Explode: Black, Brown, and Indigenous Crew” have taken place in Chicago in recent years, spotlighting punks of color.

Both Ochoa and Luna, longtime Hoosiers, were inspired by such diverse events and wanted to make the second annual Indychitlan Fest even more culturally diverse than 2021.

“Last year it was just Latino bands. And this year, I would say, we’ve expanded in the sense that…we’ve also brought in bands and artists from the black community to perform as well” , Ochoa said. “It shows how we can work together as communities, you know, to organize events, especially events for all ages, and have a positive impact in the community.”

Forgotten Tribe, an Indianapolis-based group of which Ochoa is a member, is an example of the various groups in Indychitlan.

Forgotten Tribe formed in 2020 and are now touring central Indiana. The group performs a mix of Latin fusions, reggae, cumbia and hip hop music in English and Spanish.

“We’re three Latinos and two Blacks who just have a passion for music and creating, I would say, a cultural collaboration of sounds,” Ochoa said.

Ochoa and Luna say bands like Forgotten Tribe and the rest of the Indychitlan Fest lineup (below) are an example that people from different backgrounds can work and create together with a common mission.

“I think the fact that we’re together, I think kind of helps the community see that on a small scale, we can work together,” Ochoa said.

The range is as follows:

You can read more about the Indychitlan Fest on its Facebook page and 10eastarts.org.

Shakkira Harris, WRTV digital reporter, can be reached at [email protected] You can follow her on Twitter, @shakkirasays.