Is Måneskin the opportunity that Italian rock music needs? 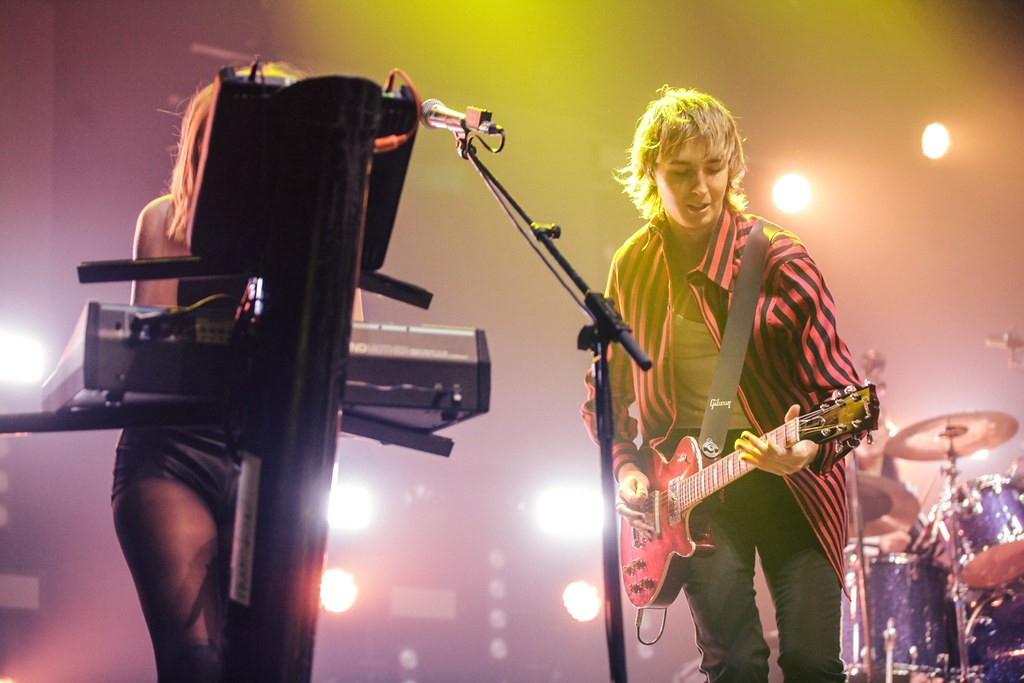 Is Måneskin the opportunity that Italian rock music needs?

If you’re a magazine writing about Italy at the moment, there are three things you can’t help but cover: police brutality, Italy’s victory at Euro 2020, and Måneskin’s exceptional success. .

The Italian rock group is, indeed, the cultural phenomenon of the moment. They show the world a beautiful face of Italy – with the boys of Roberto Mancini. This is exactly what Italy needs right now, when the alternative is the dark side of politics – extreme deterioration, radicalization and confrontation – and the darker shadow of police violence. Against this, Måneskin is a group that represents diversity, telling the story of an Italy that is finally open and inclusive and that supports the fight against gender stereotypes.

But what shifts attention to Måneskin is not so much the need to restore injured national pride. Rather, it is objective data and events that tell us that this group is rewriting the history of Italian music. In 2021 alone, Måneskin achieved perhaps more than any other Italian group before. They won the San Remo festival. They won Eurovision. They topped the Spotify Global Chart with the song To start, and join the club of the 20 most listened to artists in the world on Spotify. Then they became the number one Italian group with two top ten titles in the UK.

But what are the musical opportunities that their success can bring for the Bel paese? Will Måneskin’s success bring Italian rock music to the world?

Of course, we don’t have the ability to read the future. The world of music and entertainment is changing so fast that we cannot make predictions. However, certain dynamics are already taking shape before our eyes. Today, the Måneskins are pioneers in the history of Italian rock music. No one before them has ever gone this far. As a result, history is yet to be written.

What is at least certain, however, is that in the words of a musical expert such as a local singer Morgan, Måneskin succeeded in the arduous task of pulling Italian rock out of its “inferiority complex” to the American and British masters. In a way, Måneskin’s success speaks loudly: “We exist, Italian rock is more alive than ever and Italian music is not just good song and opera. Manuel Agnelli, one of the Roman group’s biggest supporters and their mentor, agrees – as he spoke of a new universe opening up for Italy and its music.

This new universe remains to be created, given that during the last 10 years no particular group or definite sound current has established itself on the music scene in Italy.

So it’s possible that many Italian bands are starting to have idols among their compatriots, role models to aspire to – someone to encourage them to lift their heads and start believing in rock music, for real. At the same time, many young boys and girls might well start to think that playing an instrument could be a vector for success. Many girls and young women might think that playing bass guitar could make them cool, even for women, just like Måneskin’s Victoria. The importance of having idols is something we don’t appreciate right now, but it’s fundamental.

On the other hand, there is no shortage of Måneskin’s detractors. There are a lot of people willing to suggest that they are simply a passing meteorite, rather than a point of reference for Italian rock music.

Among them are certainly the fans of ‘pure’ rock who accuse the Roman group of not presenting all these typical elements of rock music of the 70s, especially in terms of social and cultural revolution. At the base of this criticism is the idea that Måneskin does not represent this kind of breaking music which can be shocking as aggressive and cathartic.

Let’s say a lot of people think that although their sounds are definitely rock, their language is too pop and mainstream. Suddenly, it is argued, they cannot establish themselves as the precursors of the success of real Italian rock.

Recently, Chris Deville openly criticized the group and tried to demean them by calling them “a hard rock quartet with dark glamor and transcendentally trash”. And of course, if this trend to belittle Måneskin’s music and art were to take hold, it could be detrimental to the entire Italian rock movement. The prospect there is for Italian rock to return to the slum it came from, with little credibility and inability to stand out in the international context.

Måneskin’s successes and the support that they have received from the many major actors of Italian rock make us believe in this opportunity to give Italian music a new global audience. Måneskin is a train of success and visibility, which many in Italy could follow. But such trains never pass twice.

Italics Magazine was born from the idea of ​​two friends who believed that Italy lacked a complete, in-depth and comprehensive source of information in English. While some publications do a great job, writing on the latest news or focusing on specific areas of interest, we believe other types of quality information are just as necessary to better understand the complexity of a country which, very often, is only known abroad for the headlines our politicians make, or for classic tourist clichés. This is why Italics Magazine is quickly becoming a reference for foreign readers, professionals, expatriates and the press interested in covering Italian issues in depth, appealing to various schools of thought. However, we started from scratch and we are self-financing the project through advertisements (not too intrusive), promotions and donations, because we decided not to go for a paywall. This means that although the effort is greater, we can certainly brag about our independent and free editorial line. This is notably possible thanks to our readers, whom we hope to continue to inspire with our articles. That is why we ask you to please consider giving us your important contribution, which will help us to make this project grow – and in the right direction. Thank you.