Learn the classic rock rhythm and lead styles of Orianthi 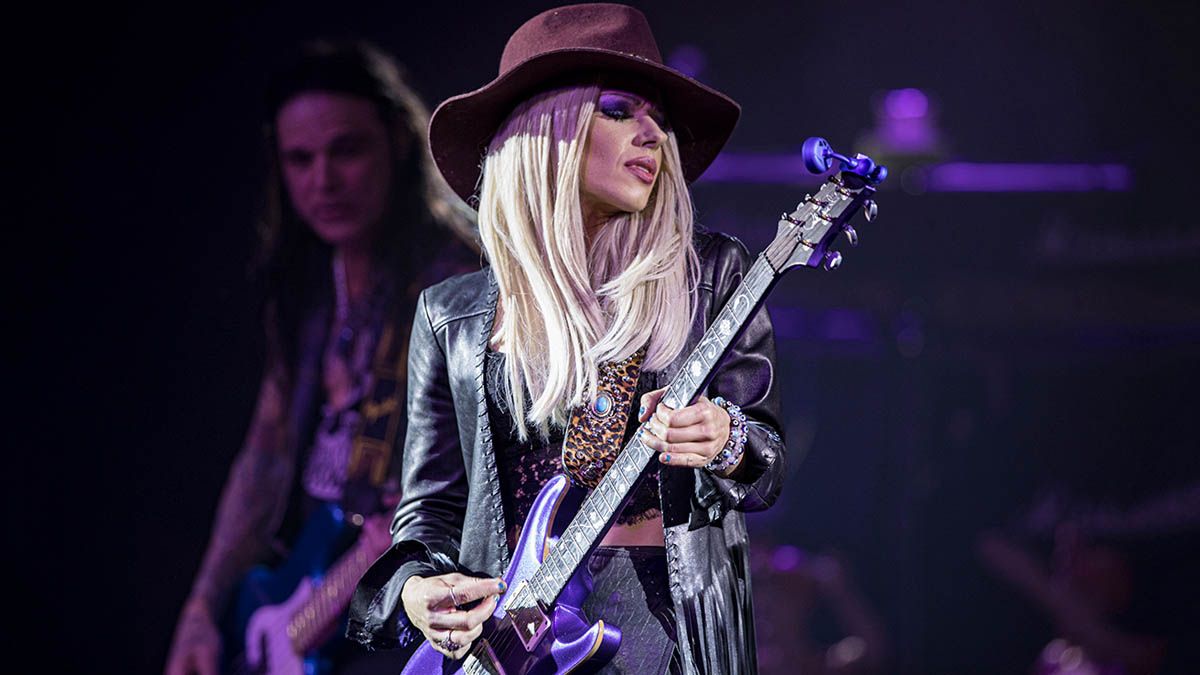 Learn the classic rock rhythm and lead styles of Orianthi

Born in Australia to Greek parents, Orianthi Panagaris has played for rock and pop legends like Alice Cooper, for whom she toured with the band, and Michael Jackson.

Orianthi was rehearsing for Jackson’s This Is It shows when the singer died in 2009. She also recorded with Steve Vai, Dave Stewart and Michael Bolton, as well as an album with former Bon Jovi guitarist Richie Sambora.

Her first gig was with Steve Vai when she was just 15, and when she performed with Carlos Santana in Adelaide it caught her attention of Paul Reed Smith, which led to her playing PRS guitars, which she has been doing ever since.

If we add Eric Clapton’s TV commercials and Crossroads Festival performances to her resume, as well as various other tours and shows, we’ll find that she’s already had an incredibly full career, even though she’s still only in his mid-thirties.

Orianthi’s playing style is pure classic rock. She started playing the piano at only three years old, before taking up the guitar at only six years old. She first came to public attention in 2009, playing guitar for Carrie Underwood at the Grammy Awards, and has been on an upward trajectory ever since.

She released her latest album, Oon the Fronters label, produced by the legendary Marti Frederiksen.

Our track in this lesson is also pure classic rock. We’re in E minor (ME#-GABCD), and the rhythm part doesn’t deviate from that key, even though the B5 power chord alludes to B Major (BD#-F#), the fifth chord built in from E Harmonic Minor (EF#-GABCD#). There’s also a C# in the solo that pushes it to E Dorian (ME#-GABC#-D), with a nod to E minor blues (EGA-Bb-BD) due to the inclusion of a Bb grade.

The rest of the solo is E minor pentatonic (EGABD) fare, and while the above information is good to know, Orianthi is unlikely to think of it that way.

Orianthi plays PRS guitars, so aim for a humbucking pickup sound if possible. If you are using single coils, it may be good to reduce the treble and increase the preamp gain on the amp or drive pedal. Orianthi tends to favor high gain guitar amplifiers such as EVH and Mesa/Boogie, so again aim for a good amount of preamp distortion, plus some ambient reverb or delay.

Be sure to keep the space that is embedded in the track; while there are single-note phrases and powerchords that take a lot of air, there are also plenty of rests to allow the drums to shine through and help the track breathe.

The solo contains rapid phrases of 16-note triplets with legato – hammer-ons and pull-offs – as well as alternate picks and quite a few turns. Make sure the transition between the chosen notes and the legato notes sounds smooth and the bends are in tune and in time.