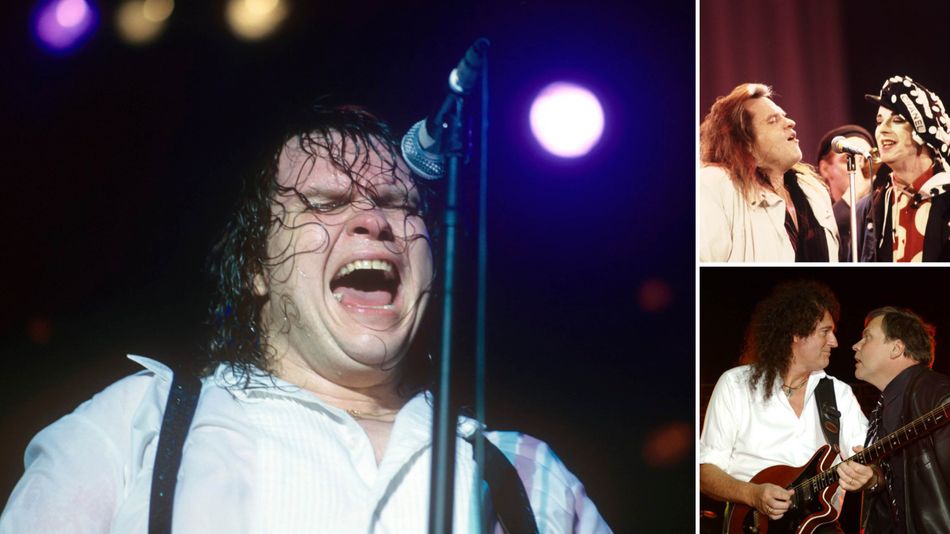 Tributes to Meat Loaf continued to pour in after the Grammy-winning rock star died at the age of 74.

Artists described the singer as lively and ‘full of madness’ as the music world mourned the man behind 1977’s hit album Bat Out Of Hell.

Queen guitarist Brian May, who worked with Meat Loaf, said he was “completely gutted” by her death.

He wrote on Instagram: “Always full of craziness, with the innocent sense of naughtiness of a five-year-old, Meat was still young.”

Singer Boy George wrote: ‘RIP Meatloaf. Love and prayers to all his family and close friends. He once turned me upside down in a Chinese restaurant in St John’s Wood.

Singer Bonnie Tyler tweeted: “I am shocked and saddened by the sudden death of Meat Loaf.

“He was, as you can imagine, a larger than life character with a voice and stage presence to match, and is one of those rare people who was truly a unique talent and personality. Rest in peace.’

Meat Loaf’s family shared the news of his death in a post on their official Facebook page.

The message read: “Our hearts are broken to announce that the incomparable Meat Loaf passed away tonight with his wife Deborah by his side.

“Daughters Pearl and Amanda and close friends have been with him for the past 24 hours.

“His incredible career has spanned six decades which has seen him sell over 100 million albums worldwide and star in over 65 films including Fight Club, Focus, Rocky Horror Picture Show and Wayne’s World.

“Bat Out Of Hell remains one of the ten best-selling albums of all time.”

In a Facebook post, the singer’s family revealed that he died at the age of 74 with his wife Deborah by his side.

He continued: “We know how much he meant to so many of you and we truly appreciate all the love and support as we go through this time of grief losing such an inspiring artist and a beautiful man. We appreciate your understanding of our need for privacy at this time.

“From his heart to your souls… never stop swinging!”

He said in a statement via his PAC Save America: “Meat Loaf was a great guy – he got to know him very well doing Celebrity Apprentice. His success was huge – we all loved him.

His album Bat Out Of Hell is one of the 10 best-selling albums of all time, having sold over 14 million copies.

Meat Loaf won a Grammy Award in 1994 for his single I’d Do Anything For Love (But I Won’t Do That), which reached number one in dozens of countries.

The rock star’s career expanded beyond music after Meat Loaf starred in the 1975 musical film The Rocky Horror Picture Show, playing the role of Eddie.

Bat Out Of Hell was later adapted into a musical, written by Jim Steinman and featuring some of the musician’s most popular hits.

His family did not disclose the cause of his death, but Meat Loaf had openly struggled with his health.

Meat Loaf’s talents went beyond music and the star starred in a number of movies including Fight Club and Wayne’s World.

He suffered from severe asthma which caused him to collapse during a concert in the United States in 2011. While performing in 2003, he collapsed at Wembley Arena in London and was hospitalized.

Cher was among those who paid tribute, tweeting, “I had so much fun with meatloaf when we did ‘Dead Ringer’. Am so sorry to his family, friends and fans. Do I imagine it, or do amazing people in the arts die every other day.

Stephen Fry said: “I hope heaven is as you remember it from the dashboard light, Meat Loaf. I had fun performing a skit with him on Saturday Live at Last Century.

Before becoming a rock singer, Meat Loaf said he was offered the opportunity to study opera because of his dramatic vocal style, which spanned three octaves, but he declined, saying “this was not for me – I’m too rebellious, too crazy’

Theater impresario Andrew Lloyd Webber said: “The vaults of heaven will ring with rock. RIP meatloaf. Give my best to Jim [Steinman].’

The producers of Bat Out Of Hell: The Musical have said tonight’s show at the New Wimbledon Theater in London will be performed in his memory.

They said they were deeply saddened by his death, adding, “The beat is yours forever.”