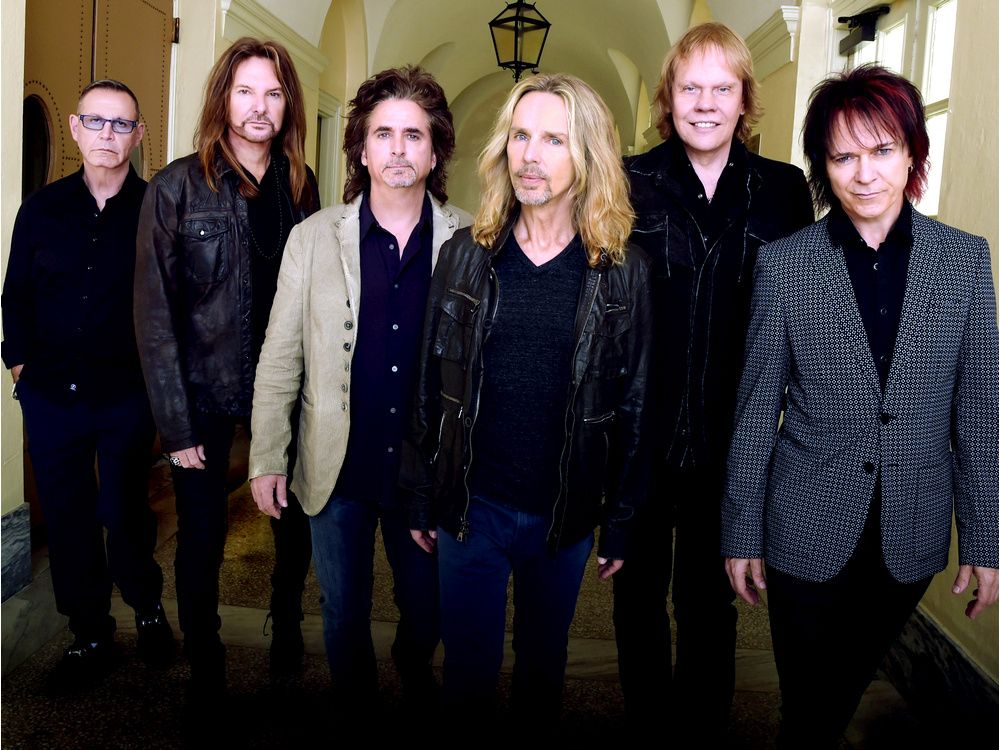 Reviews and recommendations are unbiased and products are independently selected. Postmedia may earn an affiliate commission on purchases made through links on this page.

Styx with the Heart of Nancy Wilson

Start your day with a roundup of BC-focused news and views delivered straight to your inbox at 7 a.m., Monday through Friday.

Thank you for your registration!

A welcome email is on its way. If you don’t see it, please check your spam folder.

The next issue of Sunrise presented by Vancouver Sun will soon be in your inbox.

We encountered a problem during your registration. Try Again

There was a period, from 1977 to 1983, when everything Styx touched went platinum, with four consecutive albums selling in the millions. The classic rock band are now touring in support of their 17th studio album, Crash of the Crown, in a lineup that includes two members from Styx’s heyday and Canadian singer/songwriter Lawrence Gowan, who has been with the band since 1999 .

We spoke to Gowan about the new record, the new tour setlist, and introducing Styx fans to his own music. The tour will also end Oct. 5 in Victoria at the Save On Foods Memorial Center and Oct. 8 in Kelowna at Prospera Place.

Q: With the death of the queen, the title of the new album seems prescient.

A: We had already started recording the album when the pandemic hit and we had to figure out – since we live in different cities – how we were going to finish it. At first, we’ll come back to that in six or seven weeks, when this pandemic nonsense is over. (laughs) After about three months we realized oh, this could be an indefinite situation, so let’s listen to where we are on the album and see what we should do. When we listened to the record, it was an incredible curiosity for us to see how the songs related to the situation that everyone was going through. The songs seemed to push towards a theme of renewal after a cataclysmic event.

We apologize, but this video failed to load.

Q: It seems the band has a knack for reflecting the times without seeming to commit to one side or the other in their lyrics. With the United States as polarized as it is, either side can relate to a Styx record. Do you agree?

A: It’s part of how I can relate to the songs I wasn’t there for, from the days before I joined the band. There is an undercurrent of commenting on the political setup, or a more accurate way of saying it might be the mood of the times, without stating any ambiguity which side of the equation you are on. We know that every night we play, probably half the audience is of a different political belief than all of us on stage. And since the songs don’t overtly lean one way or the other, but more or less comment on the vibe and the human element, people tend to really relate to them from both sides.

Q: Let’s talk about the setlist. What can people expect to hear?

A: There’s no Styx show where you’re not going to hear Blue Collar Man, Come Sail Away, Fooling Yourself, Grand Illusion and Mr. Roboto. It’s what you fill it with that’s interesting. There will be some deeper cuts, Rockin’ the Paradise will be there for sure, and songs like Light Up or Lorelei or Crystal Ball might be there as well. Man in the Wilderness is the one we pull out from time to time. We change it by one or two songs every night. Then there will be snippets where we reconcile new material with classic songs from the past. And there’s a 90% chance you’ll hear a styxified version of at least one song from one of my solo albums.

Q: Does the American public know your music?

A: It’s primarily a Canadian thing. What is really curious is that since I joined Styx, when I do my Gowan concerts, so many Styx fans come to Canada. I did three Western Canadian Gowan shows in June and the front rows were made up of Styx fans. Within Styx, that’s probably where I found the most fans. They were the ones who first pointed out that the new Jordan Peele Nope movie uses my song (You’re a) Strange Animal.

Q: You mentioned Mr. Roboto. It’s one of those songs that went through a cycle – it was a hit, then there was a backlash, and now it’s nostalgic. Does the group see it as a blessing or a curse?

A: We had two very different views on this for the first 10 years I was in the band. And then these views coalesced over the next decade. First of all, I really like doing this song. When I first heard it, I never thought I would look forward to doing this song live every day. Then I started wondering why I love doing this song so much. There are several levels. I like a song where a secret is revealed. This is what is at the heart of Criminal Mind. This puts the singer in a very good position to engage the audience. The next thing is I appreciate that the song turned out to be incredibly prescient. At the time, I remember thinking wow, Styx released a very kitschy song. Over the years, this kind of electropop that they were looking for at the time became fashionable. And then the theme of the song, being too saturated with technology, is exactly where we are right now. So I see it as a very timely and extremely nostalgic song.

Now, as far as the band goes, that’s a funny thing. It was the tour, the Kilroy Was Here tour, that caused such a schism in the Styx that they went on hiatus for about seven years. So their memory of that tour somewhat tarnished the album for them. Yet they never had anything disparaging to say about the music on this one. Time erases all these feelings. When we rehearsed the song, when we dated Joan Jett about three years ago, things sounded fresh. We rehearsed it and said to ourselves, let’s put it in the show and see how the audience reacts. And of course, I think enough time has passed and enough of these factors that I mentioned have entered people’s heads. It just works as part of the band’s story.

A: Absolutely. With this song, along with Too Much Time on My Hands and Rockin’ the Paradise, they were on MTV’s first year. In fact, one of those songs, I think Too Much Time on My Hands, was played in the first hour. It was at the dawn of MTV, when they were trying to see if a video channel was going to work. Little did we know that for the next 10 years the industry was completely dominated by television. If your song wasn’t on TV, then it wasn’t on the radio.