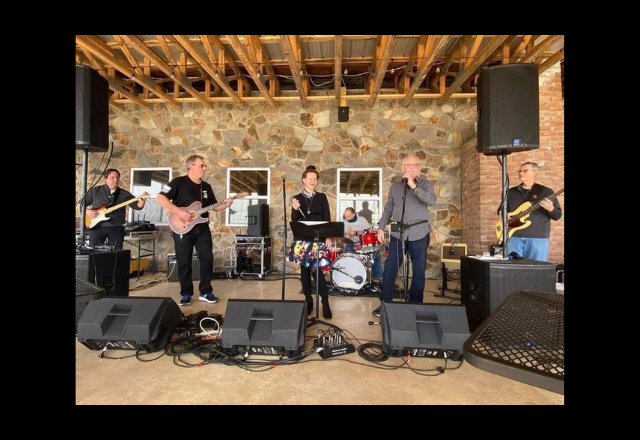 “Scarlett Awakening” is kind of an anomaly in the coronavirus pandemic.

While the situation forced bands and musicians to adapt or die, one would be forgiven if they did not believe that something in the world of music could arise out of the situation that gave birth to the group.

Formed in the summer of 2020, the bandaged plays a mix of classic rock ‘n roll inspired by bands such as Creedence Clearwater Revival, Chris Isaak and Fleetwood Mac to name a few. Pamela Meyer, the band’s lead singer, is what sets Scarlett apart from the rest.

While John Jewell and Scott Kordella on guitars, Albert Dodson on harmonica, Rigg Wagner on drums and Jim Scrofani on bass, all have years of experience, the dynamics are a bit different since female vocals in rock are rare. Of course, there are examples like Heart, Joan Jett, Pat Benetar and others who have made their mark, but these examples stand out for the rarity of a lead singer in the genre.

“We decided to go in a different direction with Pam,” says Jewell. “We’re always updating the setlist, looking for songs in its lineup that a woman could sing.”

The group has been successful in the shows they have performed even in a world constricted by the pandemic. This is no surprise to Meyer. As she said, “Women love to watch other women in a group.”

Scarlett Awakening is a dream come true for Meyer, who works as an artist and bartender in Fredericksburg. She had never played in a band before Scarlett and her entry into this world was aided by Jewell who discovered Meyer through a video of her singing given to her by a mutual friend. Shortly after, Jewell invited Meyer to join him for a rehearsal at Rigg Wagner’s studio.

By July, the band had enough songs under their belt to start performing live, which made Meyer’s dream come true.

“Meeting these amazing musicians and leaving someone as green as me is a dream come true. Before, I just sang in the car, the shower, at school, in the choir, at the theater.

Scarlett had to make adjustments due to the pandemic, while it gave them time to learn and relate to each other, they also had to adhere to the protocols of the time. Keep a distance from themselves and their audience while trying to reach them in song.

“Things are a little different, but the masks stood out behind the instruments and the people in the audience were ready to come out and listen to some live music,” Wagner said.

Scarlett Awakening will next perform at Hidden brewery in Manassas on Saturday June 19 from 5 p.m. to 8 p.m.