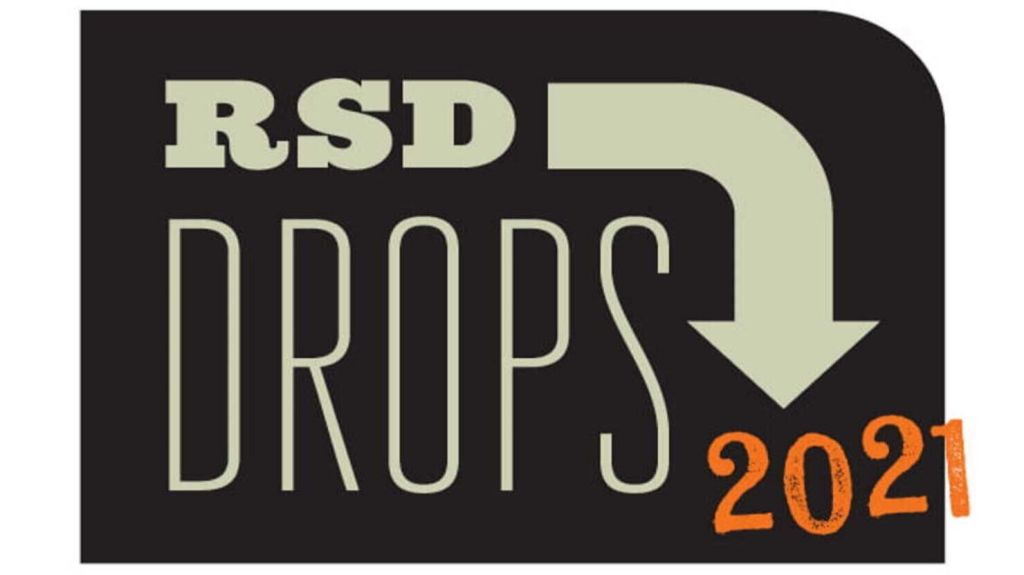 It’s a little better since the annual vinyl music vacation attempted to kick off last year just as the pandemic cripples the world, and while we’re not quite there yet, yet. once they were adjusted accordingly. Record Store Day 2021 kicks off on June 12 and, like last year, will be staggered with a series of “RSD Drops,” but only one additional event – instead of three – will take place on July 17.

“Things are looking up, but in this ‘unprecedented global situation’ where production and shipping are still struggling, the focus of these two Drops dates is to generate revenue for the stores, as well as for the artists, labels, distribution and all other behind-the-scenes activities running record stores, in a fiscally and socially responsible manner, ”Record Store Day organizers said in a statement.

“Spreading titles over two dates in two months allows flexibility for struggling vinyl presses and distribution companies, while still giving stores time to budget and place orders that put the music in between. customer hands securely on a larger than normal. release day.”

The full list of participating record stores is available at recordstoreday.com. But it is high time to go out there and support independent record store owners. Here we are…

If this year’s Record Store Day had been on a Saturday, dozens and dozens of releases would have been available this weekend. Even though it’s split again, there are plenty of solid records to grab hold of. Below are some of the best for rock and roll fans to keep and watch on RSD 2021 Part 1.

AC / DC is releasing an exclusive limited collector’s edition picture disc for the first edition of RSD 2021. The 12 “vinyl features” Through the Mists of Time “and” Witch’s Spell “, the latest single from the LP” Power Up “by last year which was a rock and roll hit when we needed it most.The vinyl is housed in a PVC sleeve with an OBI strip on top.

BLACK SABBATH: RULES OF THE MOB and HEAVEN AND HELL

Although best known for the band’s Ozzy Osbourne era, Black Sabbath recently celebrated Ronnie James Dio’s era in the band, and here is the classic 1980 album “Heaven and Hell”, pressed onto a pictures disc. limited edition for the first time.

Artwork features the original “Smoking Angels” album art by Lynn Curlee on the front and a band illustration by artist Harry Carmean on the back. The newly remastered audio includes the tracks “Neon Knights”, “Die Young” and “Heaven and Hell”. It is strictly limited to 5000 copies worldwide.

This year marks the 40th anniversary of the second effort with Dio, “Mob Rules”, and is recognized in a limited edition image disc of “Mob Rules”. The newly remastered audio includes the title track, “Turn Up the Night” and “The Sign of the Southern Cross”. It is also limited to 5,000 copies worldwide.

THE DOORS: SESSIONS AT THE MORRISON HOTEL

The Doors famous studio album “Morrison Hotel” recently celebrated its 50th anniversary, unearthing rare session tapes from the original recording sessions. Now, the “Morrison Hotel Sessions” is pressed onto vinyl for the first time, giving listeners a flight-to-wall experience to hear the band perform “Roadhouse Blues,” “Peace Frog / Blue Sunday,” and “Queen of the Highway. “from the masterpiece album. The limited edition set – mixed and assembled by original The Doors engineer Bruce Botnick – is pressed onto a 180 gram double vinyl and also includes new cover notes from Botnick It is limited and numbered to 16,000 copies worldwide.

JEFFERSON PLANE: ACID, INCENSE AND BALLOONS: GEMS COLLECTED BY RSD FROM THE GOLDEN AGE OF FLIGHT

“Acid, Frankincense and Balloons: Gems Collected by RSD from the Golden Age of Theft” was created by the Record Store Day team and organized by record stores. Songs in the collection originally appeared on various versions of Jefferson Airplane from 1966 to 1971. Some of the gems here are familiar, while others are obscure, live, or alternate versions of Jefferson Airplane songs. Wide stylistic swings, from sweet folk-pop to overwhelming psychedelic hymns, add to a glorious portrayal of the era, evoking, well, acid, incense, and balloons.

In 1990, there was a fever of rumors surrounding Led Zeppelin, given that the first collection of the legendary outfit was on the horizon. The big deal was that Robert Plant had a thriving solo career at the time. Almost like a tease, Robert Plant brought his former bandmate Zep Jimmy Page on stage at Knebworth 1990 to rip up “Wearing and Tearing.” Another teaser – but a good one – is this four-track EP featuring this collaboration.

“The Truth” is widely regarded as one of Prince’s most underrated hidden gems. Originally released as an accompaniment to the 1998 triple album “Crystal Ball”, which marked the first time he had released an album completely independently, the LP was also Prince’s first album to be labeled “acoustic,” though that it contains instruments and electronics, and it gave listeners an unprecedented chance to hear his writing and voice in a stripped-down presentation. This version marks the first time it has been available on vinyl, featuring gorgeous raised artwork designed by longtime Prince art director Steve Parke. This almost makes up for the very high “limited edition” of 13,000 copies.

Originally released as the first single from U2’s second album, “October”, in July 1981, “Fire” had “J Swallow” as the B-side. This 40th Anniversary Pictures Disc Edition features both tracks. on the A side, as well as two live recordings of ‘Fire’ on the reverse, one by Werchter in Belgium in July 1982 and the other of a BBC recording at Hammersmith Palais in London in December 1982 All tracks have been recently remastered and the package is housed in a clear outer thick PVC sleeve.

The vinyl of the week will be back next week.