Songs of the week: jaw-dropping proof that rock music is in bad shape 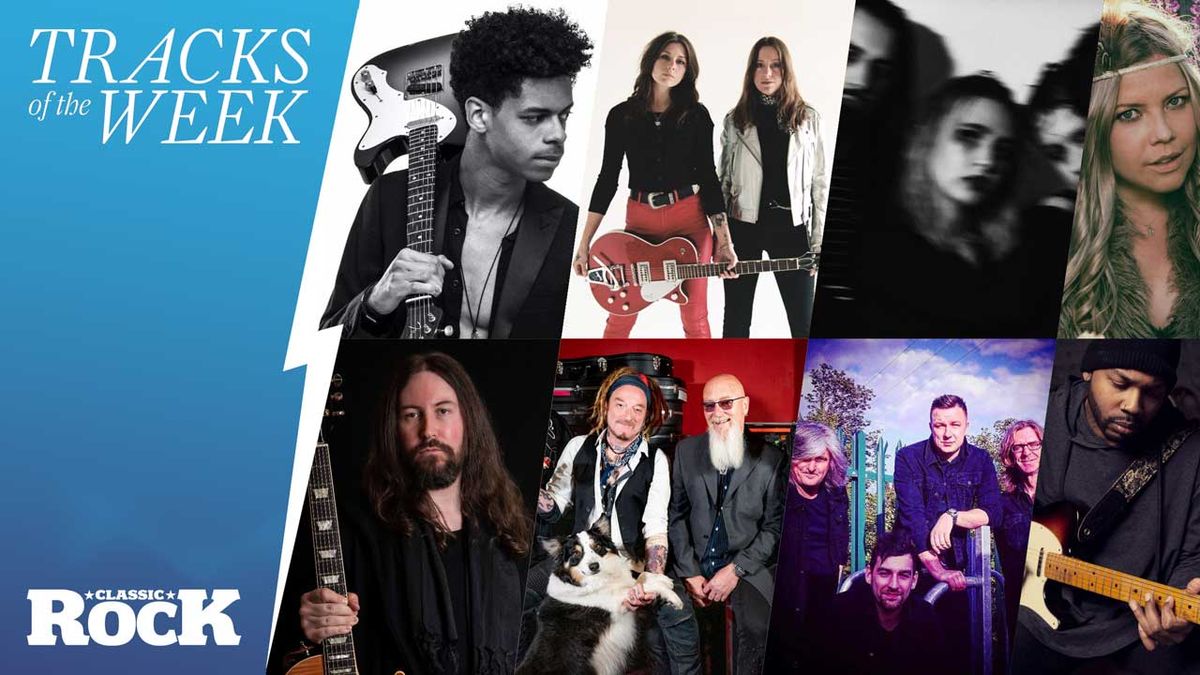 Songs of the week: jaw-dropping proof that rock music is in bad shape

Here at Classic Rock Towers, we think we need bands like The Struts. And so do you, apparently, judging by last week’s Tracks Of The Week contest. The Derbyshire dandies have won a well-deserved first prize for their new single fall with me, and it’s really great to have them back.

Following closely in the glittering footsteps of the Struts, the Hu’s Black Thunder (Part 2) (opens in a new tab) and clutch Slaughter Beach (opens in a new tab), two more proofs of rock’s current coarse health. And this week will be no different – don’t forget to vote.

Zach Person – Nothing to Lose

There’s a whisper of Dan Auerbach in Zach’s voice on this super cool anthology of contemporary blues rock – recorded at Tyler Bryant’s studio in Nashville, Tennessee. Driving, distorted and smoky at heart, it manages to feel both cavernous and intimate; the kind of music you would listen to with the same will in a huge theater, a festival or a low-ceilinged bar. One of today’s rising stars bringing the blues to a new generation.

Larkin Poe – Georgia Out Of My Mind

The Lovell sisters take a trip to the country – and return to their home country – on this cut from the new album blood harmony. All the peachy, sunny slide guitar and harmonies that have us imagining Blackberry Smoke jamming with Sheryl Crow, it’s a sweet and lively tribute to their hometowns past and present. “Like 99% of my songs, this song was born at my kitchen table late at night,” says Rebecca. “My husband and I came across this line in the chorus -“Tennessee keep Georgia off my mind’ — and it turned into a love song for the stretch of I-24 that connects Atlanta and Nashville, which is a ride we’ve done thousands of times now.

“This song was written about a loved one after a freak accident I witnessed,” says vocalist Jodie Robinson, of the moody band Bristolian, grabbing a fresh dose of edgy alt rock that cuts and s flies away with motivated intention. “It really put everything into perspective and threw me into a realm of gratitude with a whole new found respect for having this person in my life. It’s a love letter to this person and a reminder to appreciate what you have before it’s too late.

A bluesy curve in the new progressive and psychedelic album of these Swedes Myriad (released in November), Diametric Enchantress was the last song written and as such stands out from their base vibe. Fortunately, it’s a very satisfying diversion. Built on a thick, swaggering guitar hook that gives them a bit of Rage Against The Machine-esque bite, it’s the kind of thing we’d most gladly hear from them, should they feel inclined to dive in again. in such a groove.

When British blueser-turned-rocker Jack J Hutchinson discovered he was lucky enough to have another track mixed by Kevin ‘Caveman’/Joe Bonamassa/Iron Maiden/Rush/Journey/all-the-big-bands Shirley, he jumped on this. The only problem? He didn’t have a new track ready and was due to go on tour in two days. A few frantic hours later, the juicy gallop thunder days was born. Want to hear the results for yourself? Catch him on tour in the UK in October and November.

One of two cover versions to appear on Ginger & The Sinners’ upcoming debut album (the other is from Status Quo Dirty water), six years ago is a largely faithful cover of the Georgia Satellites classic (it’s ever so slightly faster than the original), and it’s a special song for frontman Ginger Wildheart. “I became a bit obsessed with the song while in LA for Lemmy’s funeral,” says Ginger, “and carried it in my heart from then until we all gathered at the studio. .”

From the upcoming album 105 – slated for release in November – the sinister Gerry Jablonski band hard road is a thrilling restraint exercise, slowly building to a climax that’s more effective the more time it takes to get there. Like in Wales Black Cardinal, they’re proof that modern blues rock doesn’t have to be all about big riffs and bluster, and there’s a reason for that. “We entered the studio on the morning of the Russian invasion of Ukraine,” the band recounts. “The terrifying events of the ongoing war began to shape the mood and the sounds we were creating.”

With a chorus that sounds like a scuzzed version of the Super Furry Animals’ The man doesn’t care and therefore also a retouched version of Steely Dan’s showbiz kidsAyron Jones’ Dirty is a ferocious beast indeed, a heart-pounding explosion of techno-grunge wrapped around a bass riff that’s as dirty as it gets. Dirty by name, disgusting by nature, and stunning proof that there is still rich musical life amid the darkness of Puget Sound.