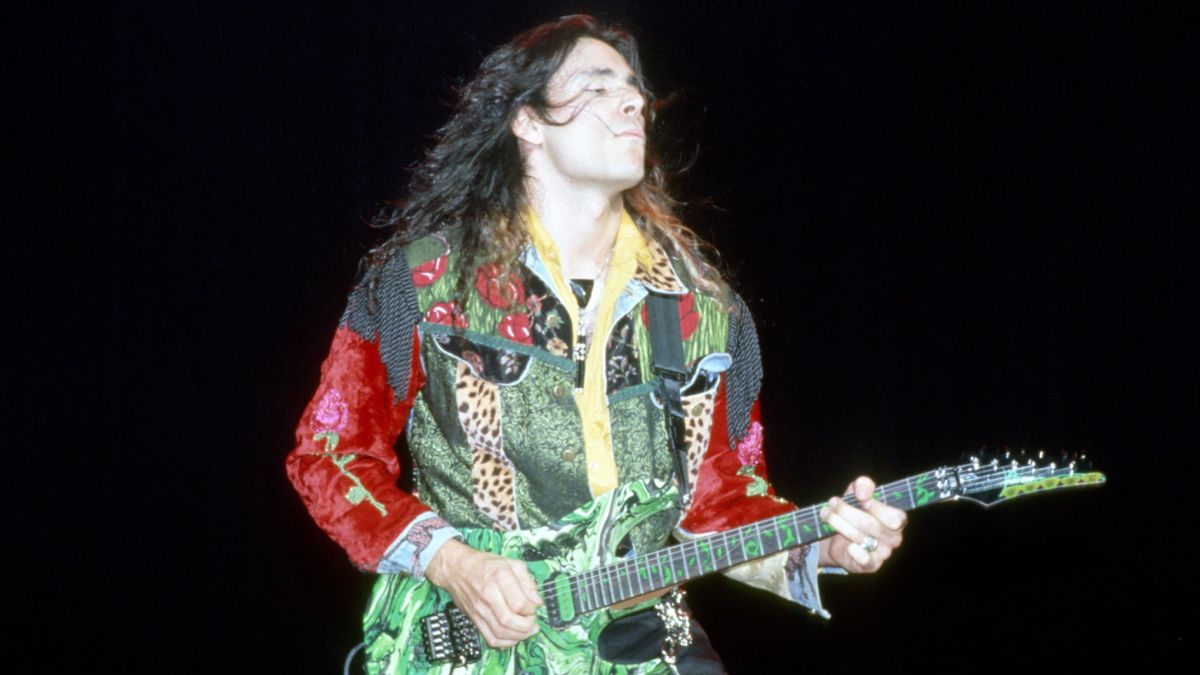 Classic rock in style par excellence, the track was written by a 30-year-old Vai to encapsulate the freedom of biker culture, with a selection of powerchord-based riffs aimed at setting a ride down the open road to music with the roar of a Harley between his legs.

There’s an electric guitar solo starting at 2:28 – it’s Steve Vai, after all – though it’s noticeably more subdued than many of the heavy tracks that make up Vai’s catalog, relying mostly on pre-bent staccato notes, with a quick load down to round things out. Check it out below.

In the wind is just the first in an entire album of unreleased material recorded by Vai and Gash in the ’90s as a biker culture soundtrack. The LP is set to arrive in digital and CD formats in January 2023, with a vinyl edition to follow the following month.

“This record was written and recorded in some kind of stream of consciousness in 1991, over the span of maybe two weeks, in response to my desire to have a particular type of music to listen to while riding my Harley motorcycle. -Davidson with my friends”, explains the virtuoso.

“It’s reminiscent of a certain type of rock music that I loved as a teenager in the 1970s. These recordings sat on the shelves for over 30 years and are now coming out in 2023.”

Vai continues, “I was overwhelmed with the desire to rip off what I thought was a straight rock record that had the kind of music I would have liked to listen to when I was this teenager steeped in biker culture. And then I met Johnny ‘Gash’ Sombrotto.

As the story goes, Vai met Sombrotto through a mutual friend, and the couple later bonded over motorcycle and biker culture.

As the guitarist explains in the liner notes for the new album, Sombrotto suffered a serious accident at the age of 21 that left him with third degree burns over 60% of his body. But after an arduous and excruciating recovery period, and with many permanent scars, Sombrotto was right back on his bike.

“I’ve watched many people interact with him on our many motorcycle trips and other adventures,” Vai says. “At first glance, many people might be taken by his bald head, scarred neck and burned ear. Looking like he did and rode a Harley, it was easy to assume he might have been a biker. tough and menacing with a nefarious attitude, but after engaging with him for even a minute, his charm and magnetic charisma had them laughing in their shoes and thoroughly enjoying his uplifting presence.

Vai continues, “Something in me wanted to bring him into the studio and see how he would perform those biker songs that I had outdated, but nothing could have prepared me for the voice that was coming out of his mouth…I was stunned.”

The guitarist adds that he and Sombrotto composed eight songs together, but because he had started working on sex and religion (1993) around the same time, it was impossible to record more.

Tragically, several years after the Vai/Gash project was abandoned, Vai received a call from Sombrotto’s girlfriend, informing him that Sombrotto had been killed in a bicycle accident.

“He would have been the greatest rock singer you ever wanted to know,” says Vai. “All the elements were in place, but he was gone. Disheartened, I put the whole project aside and listened to it at least once a year for 30 years, especially around the anniversary of his death.

“Then recently something made me want to release him now. I wish you had had the chance to know John. I believe you would have liked him like all of us. In the wind.”

Go/Slash (opens in a new tab) is available for pre-order now and arrives on digital and CD on January 27 and on vinyl on February 24.