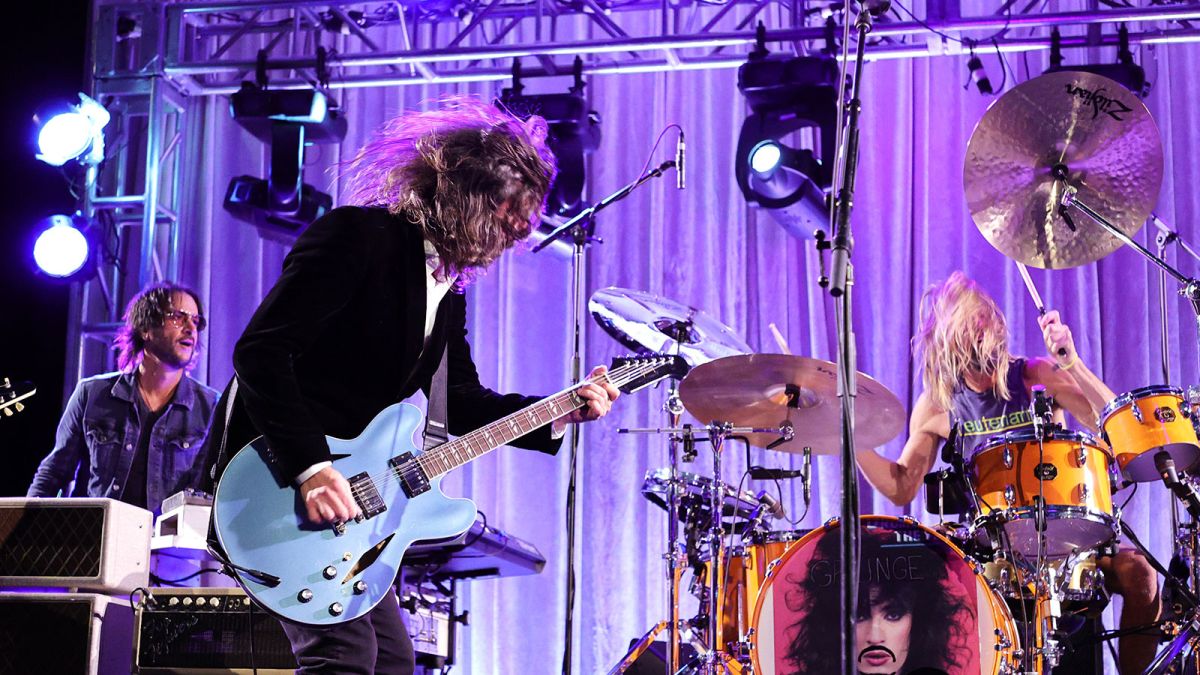 The Foo Fighters have shared their contribution to the soundtrack of the new fragglerock series Back to the rock.

The aptly named fraggle rock rock is portrayed by Grohl and his band and appears in the new series, which debuts on Apple TV today. The song is a raucous, heavy solo rock track – written by Fraggle Rock veterans Dennis Lee and Philip Balsam – and very much in keeping with the anarchic, yet family-friendly vibe of the late Jim Henson’s finest productions.

The band would show up for an episode appearance and would clearly be thrilled to record their parts for the show, with Grohl delivering a particularly theatrical vocal performance on lines like “go flip-flop skippity hop / back to Fraggle Rock…”

Back to the Rock put into production following the success of the precursor 2020 Fraggle Rock: Rock On. It is said to be more in line with the original 80s production, which was originally conceived by Henson to be “a loud and energetic musical game” (according to 1993, Jim Henson The Works: the art, the magic).

It looks like Apple TV is hoping to cash in on the middle ground between entertaining nostalgic parents and their kids in the spirit of general silliness, which we’re all…

The Foos clearly are too, as this is not Grohl’s first cross with a Henson production. He had a guest spot as ‘Animool’ in 2011 The Muppet Movie and later appeared on ABC The Muppets carry out learn to fly with house band, Electric Mayhem.

To watch the new fragglerock series, Back to the rock, go to Apple TV.