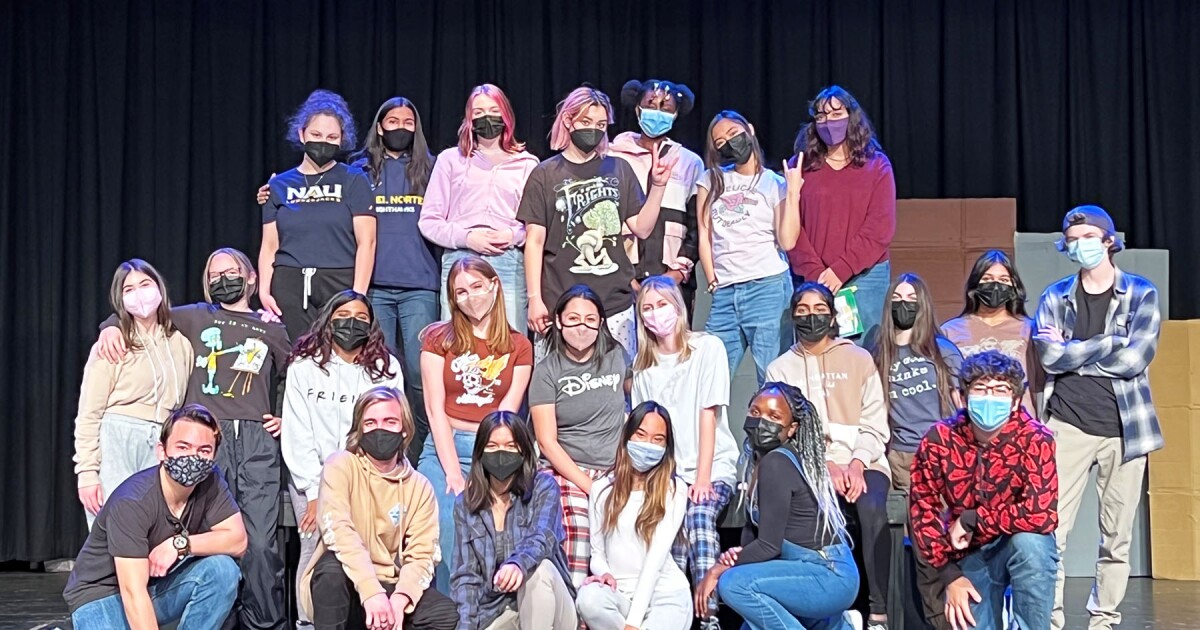 The show centers on Sherrie, a small-town Kansas girl who arrives in Hollywood with big dreams of becoming a star. She meets Drew, who, like other young adults, is trying to launch his career at places on the Sunset Strip. Their goal is to be like legendary rocker Stacee Jaxx.

But their dreams are put in jeopardy when developers want to turn the famous Strip into a strip mall. Will the artists be able to unite and save the landmark through music?

Tickets are $10 for students and $15 for adults, available at tix.dntheatre.com or at the door. Spectators must wear masks.

Director Stephanie DeYoung said she chose the show – a PG-13 version of the musical that opened on Broadway in 2009 – because of its accessibility to students and the difficulties posed by the pandemic. This version has soft and suggestive adult language.

“The adult version is more promiscuous, but that’s toned down,” she said. “It’s set on the Sunset Strip in the 80s and it’s about chasing dreams, but through a more innocent lens.”

Since it is rock music, it would be easier for students to learn.

“(The students) would recognize the music, probably know it to some degree, and doing it would be fun,” DeYoung said, adding that she hopes the audience will sing along.

The pit orchestra student musicians only needed to play guitar, a keyboard and drums, meaning there was no worry about them blowing through the instruments, DeYoung said, another factor in choosing this musical during a pandemic.

The show has a large cast, but many students have missed rehearsals due to COVID, DeYoung said. For example, nine students were absent on Monday due to illness. That means an even greater than usual reliance on one-liners and swings, she said. The latter are performers capable of playing several roles when an actor and a stand-in are both absent.

Other challenges include teaching students, who will be wearing masks, to be more expressive with their eyes and to make larger gestures.

They also have to work harder to be heard because masks muffle their voices and only some actors wear microphones, DeYoung said.

The cast just started working with the student musicians two weeks ago.

“The kids are doing great,” DeYoung said. “They make it work and are dedicated because the show needs to go on.”

Junior Amelia Brion-Reed plays 20-something Sherrie, who she believes is transforming from a naive, sheltered young woman to a more mature one.

“It’s about finding yourself and finding love,” Brion-Reed said of her portrayal.

“She’s very outgoing and innocent, knowing nothing about the city,” Brion-Reed said. “At the end, she’s very confident and…mature.”

Junior Laeli Gordon – in her second theatrical performance – plays Stacee Jaxx. Gordon said the role is difficult because Stacee is a man in his late 30s or 40s.

“It’s very difficult because (my performance) is not the way I speak or sing,” Gordon said. “My movements have to be masculine and I’m a soprano, but here I have to sing alto and tenor. It’s really fun for me.

“It’s a very interesting dynamic and it has comedic lines,” she added. “I knew it would be difficult to play the opposite sex, that’s what made me want to pursue (the role).”

Gordon described Stacee as narcissistic and “overwhelmed, but in denial.” He loses his hair.

To prepare, Gordon said she watched documentaries about ’80s rock stars, including Axl Rose, to study their body movements.

“I learned so much,” she says.

Both said singing 80s music was a reason they decided to audition.

“I love the music, it’s so wild and free,” Gordon said.