Various artists: NWOCR – The official review of the New Wave Of Classic Rock Volume One album 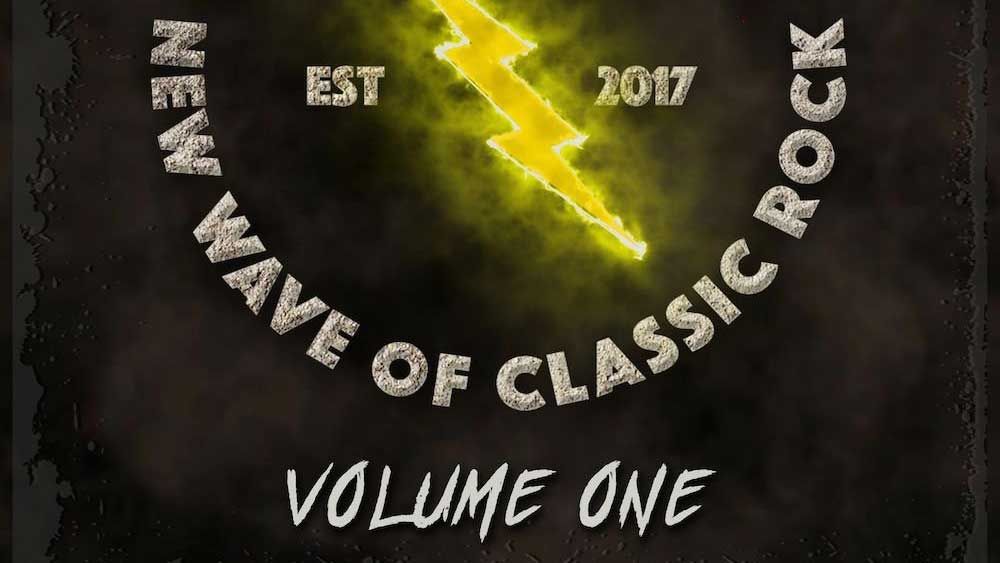 Various artists: NWOCR – The official review of the New Wave Of Classic Rock Volume One album

Unless you’ve lived in a cave in Borneo for the past year or so – and, given these troubled times by COVID, it’s perfectly possible – you will probably have noticed that the latest so-called groundbreaking musical phenomenon is ( peal of the trumpets ahoy) the New Wave Of Classic Rock – or NWOCR for short films.

But let’s ignore that surprise Royal Teens / Freddie And The Dreamers reference and instead suggest that this phenomenon should be called “Knocker” – the same way New Wave Of British Heavy Metal, or NWOBHM, is pronounced “Ner-wobbum”. . (Enough acronyms for you, Course of action Fans? Not if this OCU – Old Critic, undeniably – has anything to do with it.)

Others not so much. Garry Bushell’s famous Oi! The fandango admittedly caused a lot of fuss and trouble, albeit for all the wrong reasons, but does anyone remember his follow-up foray into Punk Pathetique, led by the Toy Dolls? Nellie the elephant? I thought no.

Meanwhile, has futurism ever been a wotsit? The renewal of mods? Third wave ska? Rock skunk? Crunkcore? Romo? Bonk rock? Coastal lifestyle acoustic rock? Kawaii metal? Hawaiian metal? The above musical inventions – because they were inventions – withered on the vine and singularly failed to impress Joseph and Joséphine Public.

So, at the heart of the matter: is this Knocker thing an authentic, cast, real… thing? Frankly, the jury is out in this courthouse. The following may be a simplistic point of view, but a true classic rock band should certainly include at least one, and ideally all, of the following:

1. A fuzzy-chested leader walking around in a loose gauze blouse in the style of the late David Byron. Unless she’s a frontwoman.

2. A classic orientation keyboard able to fight against a throbbing Hammond (like the great Jon Lord).

3. A bass player in a zebra costume riding his monitor on stage like he’s smashing a bare palomino… hmm, a vision of Pete Way inexplicably comes to mind.

4. A drummer to play a solo while the rest of the group “takes a break”.

5. Epic songs that last well beyond the Planet Rock-approved three to four minute songs on this giant 42-track Knocker showcase.

6. Finally, and most importantly, an Odin-like guitar deity who sees everything and knows everything, delivering unimaginably dexterous solos with just a carefree flick of the wrist. Yes, Mr. Blackmore, that means you. Or maybe Ozzy’s accompanist, the Greek six-string musician Gus G, a man who turns the “ouzo” into a “virtuoso”. I have to admit that there is very little of the above on NWOCR Volume One.

But time is running out. The 1970s – the era of the idealistic view of classic rock described above – are a decade of distant memories; as distant from this writer’s own children (all 30 and over) as 1940s music hall wackos Flanagan and Allen were to yours when I was my kid’s age.

So… let’s give these guys – and girls – from Knocker a little slack, okay? Let’s move forward by affirming that the multifaceted acts featured on this album are truly a new farrago of crazies who, while drawing inspiration from the illustrious past of rock, are embarking on a golden future.

Two examples taken from compilations of yesteryear. The beginnings Metal massacre album, released in 1982 – a vital vinyl thumbnail featuring a murderous roster of all-new America’s unencumbered gravity merchants from Boston, Styx, Kansas et al – included a single track from Metallica: Turn on the lights. Hell, in a nanosecond of listening RTL, we knew instinctively that these fresh-faced San Fran frashers were heading for the grandeur of the stadium. The other MM groups, aside from Cirith Ungol, weren’t so much in the race as they were hobbling on crutches infested with woodworms.

Likewise, the first Metal for Muthas the album – the infamous 1980 NWOBHM compilation – featured a pair of tracks from a young Iron Maiden: Sanctuary and child of anger. Once again, it was immediately, blindingly obvious, that Steve Harris and his buddies easily had the nerve to become drummers of the world. And that’s what turned out. (Toad The Wet Sprocket, not so much.)

So… do we get the same feeling of this krew Knocker? Does the meaning Spidey tingle as we hear J Jonah Jameson … sorry, Jack J Hutchinson, whose track World on fire is certainly one of the weakest here? No, this is not the case. At no point does it feel like we have a cast of potential London O2 Arena headliners here, Hammersmith Odeon headliners (as we were) or even, in a few catastrophic cases, headliners at Retford Porterhouse.

It’s kinda… meh. It’s like those heart monitor gadgets you see in Holby City: the sick patient is recovering; life-threatening zigzag peaks have stabilized; a cheese sandwich arrives from the hospital canteen. Yet what we really need on this two-CD doo-dah is an emergency jerk of panic and confusion, a besieged doc drinking from a flask and wielding a bloody scalpel … a moment when the NWOCR becomes the NWOCPR.

The closest glimpse to greatness comes in the form of the excellent Wolf Jaw and the smoldering music of the black country band, à la Zep. I’m not ready. Guitarist / singer Tom Leighton’s burning chorus – ‘I can’t find any soul in my body… no soul of mine, yeah!‘- will make you tremble in your pixie boots, guaranteed.

Meanwhile, the most original price is obvious. In the XVI district Broken toys the tingling tones of a circus calliope punctuate the poignant memories of a gravely troubled childhood: ‘Barbie also lost her legs, but I tied them up with superglue. The band’s mantra is “maximum safety for the mentally insane,” but it is suspected that it would take a billion dollar budget from Alice Cooper to turn their whimsical visions into reality on stage.

Other highlights are the metallic sound of Blackpool glamsters Takeaway Thieves It’s rock’n’roll subconsciously channeling the playfulness of Ray Zell Puppet. Ex-Amorette Gill Montgomery is rehabilitating herself in a certain style as part of – also – excellently named the Hot Damn! and their track Dance around, pleasantly reminiscent of a punk Pat Benatar. Group of Swedish Thundermother girls giving the waking generation a good ol ‘seer with their melodious Judas Priest shtick and sticky Travelodge temptation:’Sweet honey come on here is a room key / Tonight is night, you are my VIP. ‘ Country-rock comedians Bootyard Bandits – from the “Wild West of Worcester” – do much the same with the chorus: “There’s gonna be a showdown / Go drink and dance and fornicate all night. ‘ John Drake (taking a break from his role as secret agent in the television series Dangerous man) contributing impressive vocal pyrotechnics to The Dust Coda’s moody stomper When the tide rises. Blackwater Conspiracy is truly uplifting Soul revolutionaries: richer than Jeff Bezos’ bank account, ultra-bluesy, exhilarating, triumphant. The king of creatures Prisoners, a big grunge track with the sneering voice of Layne Staley and the decidedly creepy coda: ‘Do you like the cage I made for you? / A place where you will be forever / It’s somewhere where I keep you somewhere safe from me. ‘ Beware of the parakeets of the world.

There is more. Elles Bailey’s Sugar Coated Bluester Woman like MLooks like Shania Twain is singing Black velvet, stretching the limits of the credibility of the NWOCR to the breaking point. South Wales girl trio Haxan conjure up the boring spirit of Rock Goddess on Kill time; surely there must be some more interesting femmerock inspiration from the past? Orally, perhaps? A blanket of Gas masks Vicars and priests… Now that would be a must, my dear. Bastette (aka Caroline Kenyon from Blackburn) offers the harmless Talk about it while pretending to be “the love bastard child of Ozzy Osbourne and Katy Perry”. That’s enough to put Sharon on the rampage with a blunt machete.

Eventually, everything becomes a bit hazy. As one family member of this writer said, after suffering a Knockerdom roadblock for a day: “Everything sounds the same, doesn’t it?

To some extent, this is true. Despite copious note-taking, this writer can’t remember the differences between Revival Black and Empyre, or Twister and the New Roses (yeah, Neuroses, we geddit). It’s like a locking set beer’n’box frenzy – you watch multiple episodes of a series or others back to back before you fall asleep. And when you wake up you can’t remember if it was Sons of anarchy Where The right place.

As a last resort, all that’s left is to rely on famous metalhead Billy Joel to put everything in a NWOCR perspective: “Everyone’s talking about the new sound – funny, but it’s still rock and roll to me.”

This is NWOCR Volume One is officially released on July 23 and can be ordered online.