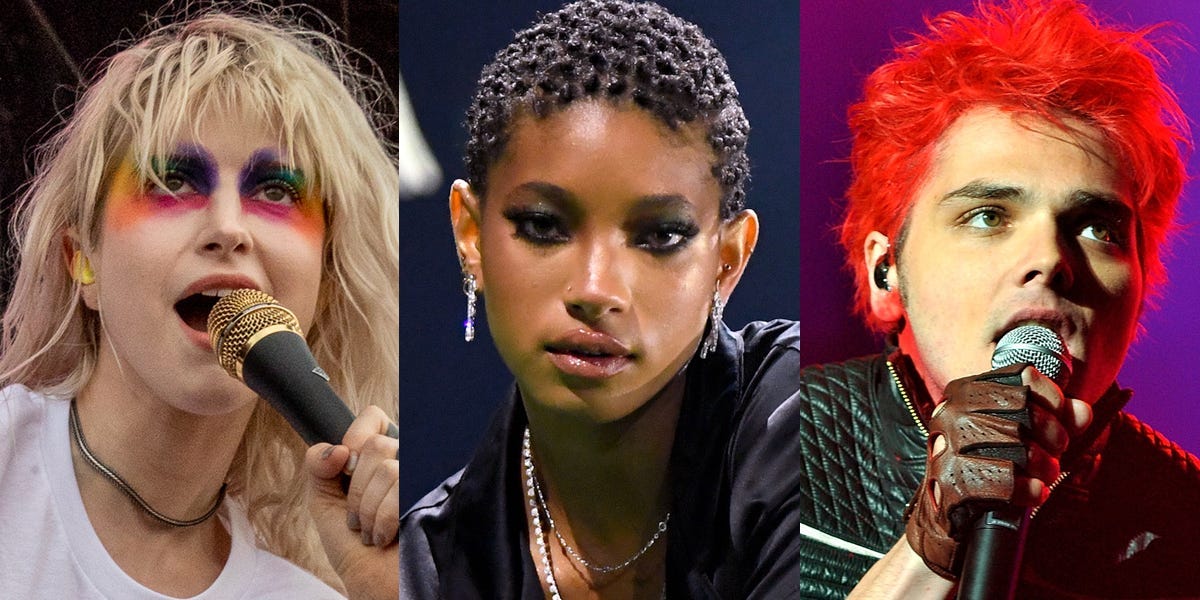 Willow Smith said she was bullied because she liked punk rock bands because she didn’t fit the mold of the typical emo fan.

“Being a black woman in the metal world is very, very different from the pressures the music industry puts on you,” Smith told Alexis White, lead singer of metal band Straight Line Stitch, in a new. interview for V magazine.

“Now it’s like extra pressure from metal culture, the metal world and rock in general,” Smith said. “I used to be bullied in school for listening to Paramore and My Chemical Romance.”

Bands like Paramore (directed by Hayley Williams) and MCR (directed by Gerard Way) were at the forefront of mainstream punk rock in the 2000s, thanks to tracks like “Misery Business” and “Welcome to the Black Parade”.

But Smith, who was first introduced to the music industry through her parents Jada Pinkett Smith and Will Smith, didn’t feel out of place in these fanbases and didn’t see so many ‘black artists release this kind of music.

She also remembers seeing Pinkett Smith, who was the lead singer for the metal band Wicked Wisdom, being verbally assaulted.

“I’ve always wanted to do this type of music and I’ve always been so afraid to do it for exactly the reason you say,” she said. “And because I saw the hatred and the verbal abuse my mother had to endure, it struck me.”

Smith entered the music industry with the 2010 pop track “Whip My Hair”. The song was an instant hit, but the pressure was too much for a child. In an act of defiance, at age 11, she cut her hair.

Smith told White in her V magazine article that her current music and the tracks she will be releasing later this year on an album are influenced by Pinkett Smith.

“I think seeing my mom on stage and how she commissioned the music and the band made me realize that’s who I want to be,” she said. “I want to be that strong woman who puts it all on stage.”

The singer also said she feels “embraced” in the industry, especially after a musician from System of a Down reposted a video of her playing one of their guitar riffs. But fans of the group, “a lot of white men”, addressed hateful comments to Smith.

Smith said she hopes her music can bring representation to a genre that is typically dominated by white artists and fans.

“I just hope the black girls who listen to my music and listen to this album see that there are more of us,” she said. “It’s a real thing, you’re not alone. You’re not the only black girl who wishes she could flip her hair to the side and wear black eyeliner, you know what I mean?”