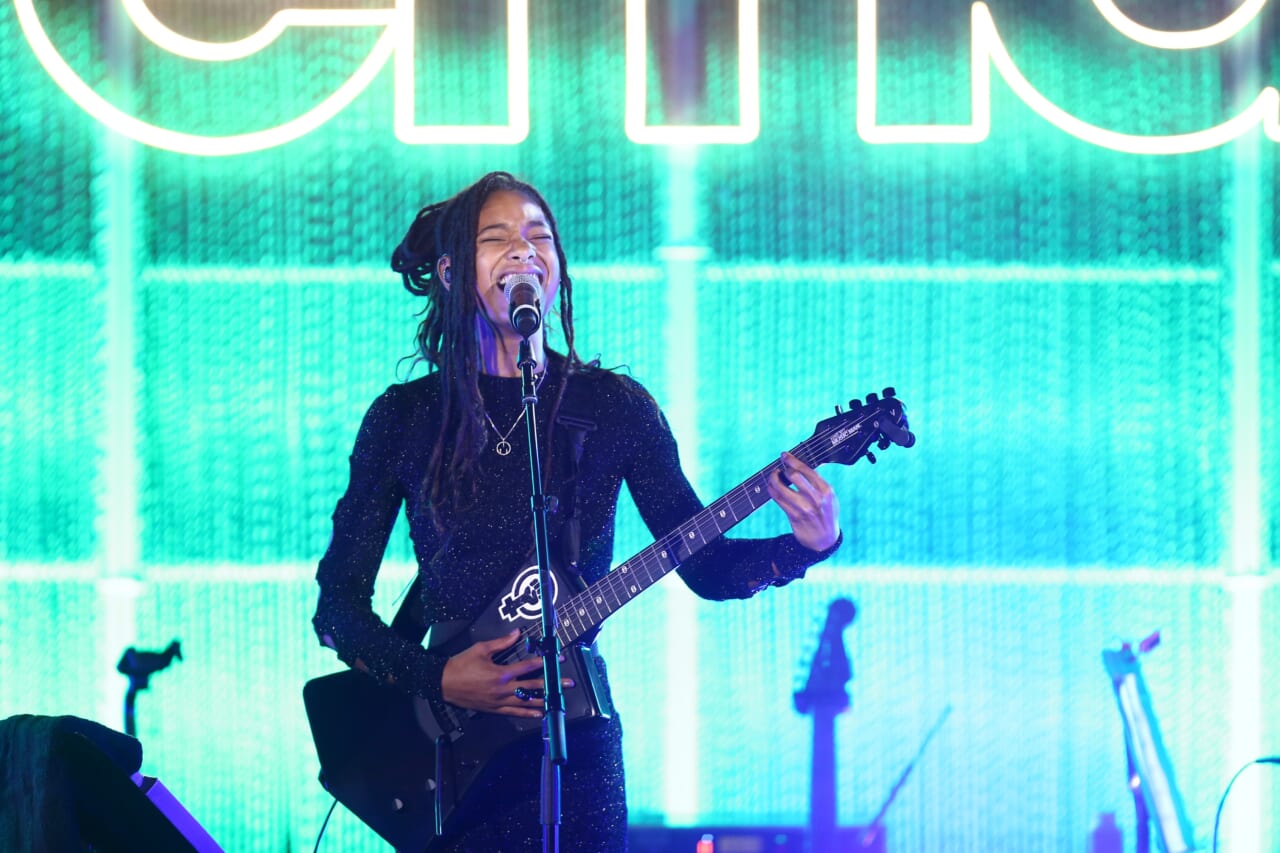 In a recent interview with Magazine V, Willow Smith opens up about her years-long love affair with rock music, calming that she was ‘bullied’ for listening Paramore.

Willow Smith released her punk rock single, “Transparent Soul,” earlier this year, with fans and the critics alike seeming to take to this new genre for her immediately. In a broad and nuanced discussion, the rising punk star sat down with Magazine V to break down her experience diving into the genre and how her past experiences have influenced where she finds herself now. In the interview, she sheds light on what she liked to listen to at school, revealing that she used to be bullied because she loved rock music.

Revealing the pressures she now feels as a black woman in metal, she explains in the interview: “Being a black woman in metal is very, very different on top of the pressures that the music industry exercises you. Now it’s like an additional pressure from the metal culture, the metal world and rock in general. I used to get bullied in school for listening to Paramore and My Chemical Romance.

She continues, “Just through the music I’m putting out right now and the representation I can bring to the mix, I just hope that black girls who listen to my music and listen to this album see that there’s more of us. there. It’s a real thing, you’re not alone. You’re not the only black girl who wishes she could flip her hair to the side and wear black eyeliner, you know what I want to say ?

Smith also opened up about how, in some ways, her training and previous musical adventures kept her from immersing herself in rock earlier.

She shares in the magazine: “I felt like I couldn’t really rock because my voice was trained to be a certain way. For a very long time, I was like, ‘Oh, I don’t think this will be authentic; I’ll just sound like an R&B singer trying to be a rock singer. Tried this during quarantine and wanted to do something different. I wanted to shake something up and feel a different vibe.

She continues, “I feel very stagnant in this pandemic, so I started messing around. It took a few demos to find that good balance because I have a very alternative voice. My voice isn’t specifically an R&B voice, and it’s not specifically a rock voice. He kind of does what he wants when he wants. I was worried about this! ‘Transparent Soul’ was the fourth or fifth demo I made when I felt that balance. But there were a few songs before that that just didn’t hit the mark.

Smith also teased information about his upcoming album, including a feature with one of the biggest punk rock stars to ever make it, April Lavigne.

She reveals in the interview: “I’m going to have a lot more features on this album. On my previous albums, I was alone in the studio a lot. It was a very insular process for this album. I wanted to open up a bit more and not be so antisocial in the studio.

“I’m so excited that I’m going to have a song on the album with Avril Lavigne. It’s so iconic. From [ages] From 13 to 16, she was my idol. It’s really nice to be able to have a quintessential pop-punk record with the queen of pop-punk.

Check out the full interview with Magazine V here.